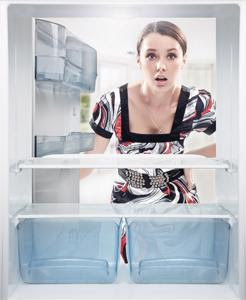 Officials at Nestle are perplexed as to how glass shards were found in some of the company's Lean Cuisine ravioli products. The corporation recently announced a voluntary recall of hundreds of thousands of its Culinary Collection Mushroom Mezzaluna Ravioli and is taking action to prevent similar problems from occurring in the future.

The batches in question were produced during November of 2012, and Nestle fears that the product's popularity with shoppers will mean few of the contaminated packages remain on store shelves. Thus far, there have been no reports of consumers sustaining any injuries or illnesses from eating the product in question. The corporation is reaching out to consumers, urging them to check their Lean Cuisine ravioli packages for production codes 2311587812 and 2312587812, as these numbers are associated with the glass-filled batches, and return them to the company. Customers who contact the company to report a contaminated box will be provided with replacement coupons from Nestle.

While the company is working to ensure all shoppers are aware of the incident and check their packages, they're also working to figure out how the glass shards entered the food in the first place. It's unclear if the shards were already in the ingredients procured by the company, or if the glass somehow made its way into the food during the production process.

"This is an unusual complaint for us because we don't have glass in our factories," Roz O'Hearn, a Nestle spokeswoman, told The Huffington Post. "We have a no-glass policy."

MSN reported this isn't Lean Cuisine's first pasta recall; the company recalled some of its spaghetti and meatball products in 2011 after several consumers found pieces of plastic in the food. It's also not the first time in recent months a major company has had problems with glass entering its consumer products; Ranbaxy Pharmaceuticals, which manufactures a generic version of common cholesterol medication Lipitor, found glass shards in its drugs several months ago and halted production to resolve the issue.

"Nestle is dedicated to food quality, and the health and safety of its consumers," read a statement released by the company. "We apologize to our retail customers and consumers and sincerely regret any inconveniences created by this voluntary recall."