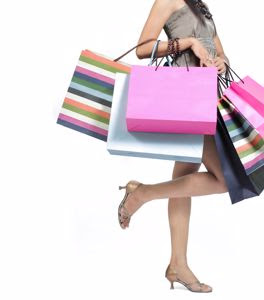 While many companies have focused on China as a fast-developing consumer market, new data indicates the country may be struggling more than it lets on. Retail sales during the Chinese New Year, a traditionally busy period, were surprisingly slow, indicating retailers, restaurants and merchants may need to rethink their procurement and production strategies to account for lower demand if the economy doesn't pick up once more.

China's Ministry of Commerce reported retail sales climbed by 14.7 percent from last year. While this number may seem significant, it's much lower than the 16.2 percent year-over-year gain seen at the same time last year and the weakest gain since 2009, according to Bloomberg.

Sources reported anti corruption campaigns and tight waste measures may be playing a role in the lower sales. This likely had an impact in the luxury goods market, according to Forbes.

"The slower growth, manifested in the restaurant business, was partly a result of the government crackdown on corruption and the anti-waste campaign," said Leon Zhao, a researcher at Frost & Sullivan, according to Bloomberg. "We expect overall retail sales and consumption to rise again along with the improving economy in the second and third quarters."

While some analysts expect sales to pick up as the country continues to be a strong market and experience economic growth, companies may need to adjust their outlooks for Chinese sales and adjust their retail supply chain processes accordingly. Failure to take into account recent trends could result in some firms continuing current procurement strategies, manufacturing too many consumer goods and being left with excess product and little demand. This oversupply could hurt companies looking to implement business cost reduction strategies and ensure production efficiency.