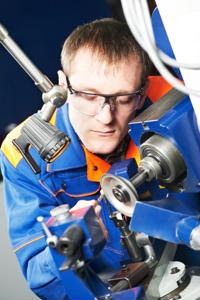 Nearshore manufacturing has become a trend in recent years and businesses continue to shift factories back to the U.S. As it becomes more expensive, time consuming and risky for companies to outsource their production to countries halfway across the world, more are bringing factories to North America.

Even though manufacturing labor costs in the U.S. are much higher than they may be in some underdeveloped countries, making the move stateside can still result in significant cost savings for a firm. Businesses that sell the majority of their product to American consumers don't need to worry about the high logistical expenses associated with shipping goods across the globe or the weeks it may take to get products to market.

One of the regions seeing a significant increase in manufacturing is the Chicago area, which reported big gains in manufacturing jobs recently, according to a report by the University of Illinois at Chicago's Center for Urban Economic Development. The data showed the number of manufacturing workers grew 5 percent across the region from 2010 through late 2012, compared to the nationwide average of 4 percent.

Even though growth in the region has been strong, the Chicago area still has 29 percent fewer manufacturing jobs than it did in 2001, the report revealed. The data showed the Chicago metro area lost 32 percent of its total production jobs from 2001 and 2010; however, this trend may slowly be reversing as companies continue to bring operations closer to home. Chicago's location could play a role in its prominence as a leader in domestic manufacturing; it's position in the center of the country with easy access to multiple modes of transportation help companies achieve business cost reductions as they ship product across the nation.