Home Procurement News What countries have the most resilient supply chains?

What countries have the most resilient supply chains?

The Strategic Sourceror on Tuesday, May 17, 2016 Procurement News, 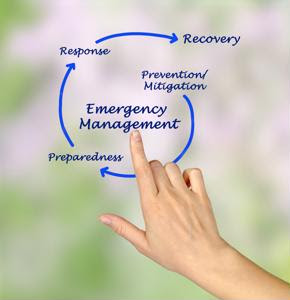 Mitigating supply chain risks and disruptions has been a key focus area for many global companies. As the number of threats continues to expand, businesses are facing increased pressure to safeguard operations and implement policies, practices and processes that protect them against unplanned disasters.

It can be rather difficult to optimize a supply chain in a way that guarantees end-to-end security. In fact, many would argue that it likely will never be possible for an organization to feel 100 percent confident that it is completely safe from any threats. Part of the reason for this is because there is such a vast array of issues constantly plaguing the performance, efficiency and production of businesses. From natural disasters and severe weather conditions to data breaches and terrorist attacks, it is virtually impossible to develop a system capable of predicting, let alone preventing, all possible disruptions.

Best (and worst) ranking countries
While it may not be plausible to stop them from happening, it is possible to build a supply chain that is capable of bouncing back from an unplanned interruption. And it seems some regions throughout the world are doing a better job at this than others. FM Global just released its Resilience Index report, Business Review Europe reported, which evaluated 130 countries against nine metrics, including economic, supply chain and risk quality factors, that influence business vulnerability. According to the source, the top 10 countries, ranked best to worst, for supply chain resilience are:

Some of the drivers the Index report used to measure the resiliency of businesses in each country included oil prices and political risk. Considering the surge in terrorist attacks that have occurred in the areas, it doesn't come as much as a surprise that Turkey and Pakistan were all in the lower half of the rankings. Business Review Europe also explained that Norway dropped to second place due to a decline in oil prices, which is also what led to Switzerland to move from the second to first position in the rankings. For the second consecutive year, Venezuela has been listed as having the worst supply chain resiliency of all 130 countries.

Why the list is important for businesses
Of course, it is important that companies are taking significant measures to protect supply chain operations and ensure their processes are capable of recovering from natural disasters, unexpected shifts in the economy and market, security breaches, etc. And it is undoubtedly useful to understand how well one stacks up against others throughout the world. But it is also critical for businesses to know which regions have more resiliency so they can choose the best places for both offshoring and low-cost country sourcing.

A company can make significant investments in making sure its operations are compliant, socially and environmentally responsible, traceable and adaptable. However, the resiliency of a supply chain extends throughout its supplier network, as well. One disruption or breakdown at any point throughout the tiers can have a domino effect and end up severely impacting the entire production line.

Tips for building a more resilient supply chain
To drive revenue and ensure long-term sustainability, it is important that supply chain managers build a model that increases operational efficiency, as well as the company's appeal to potential partners. Forbes Contributor Jeff Thompson recently interviewed FM Global CFO Jeff Burchill about some of the ways in which businesses can improve supply chain resiliency.

In addition to diversifying their supplier networks, Burchill suggested that companies conduct business impact analysis assessments throughout each tier of their supply chains. The source also indicated that more organizations need to focus, not just on cutting costs, but on improving supplier relationship management.