The Strategic Sourceror on Wednesday, May 18, 2016 Procurement News, 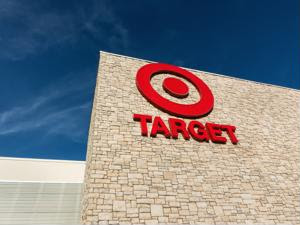 Of the many strategies supply chain managers use to improve performance and gain a competitive advantage, onboarding top talent is one of the most popular. And when it comes to retail companies, it's hard to find highly skilled and experienced workers who haven't already worked for a rival brand.

Earlier this week, Target Corporation announced that it has appointed Mark Tritton as its new chief merchandising officer and executive vice president. Formerly, Tritton worked for Nordstrom Inc. as both the executive vice president and president of the retailer's product group. Throughout his career at Nordstrom, the retail vet oversaw manufacturing, marketing, design, omnichannel and merchandising operations for private labels. Nike and Timberland are also among Tritton's previous employers. In his new role, Tritton will be responsible for overseeing various operations along the retail supply chain, including sourcing, merchandising transformation and visual strategy, product development and enterprise buying.

In the announcement, Target CEO Brian Cornell said that the company had spent the past year looking for the right chief merchant and feels confident that Tritton will "play a critical role" in the helping the organization succeed across multiple channels and meet the rising demands and expectations of its customers. Tritton stated that he has been a longtime fan of Target and that he is looking forward to helping the team implement and develop new strategies and innovations for improvement.

According to The Wall Street Journal, Tritton is taking over in place of Kathryn Tesija, who had spent more than three decades working for Target.

Target also revealed that former Target.com President Jason Goldberger will assume the new position of Target's chief digital officer who has past experience working for online retail giant Amazon, as well as Hayneedle.com and Gilt Groupe.