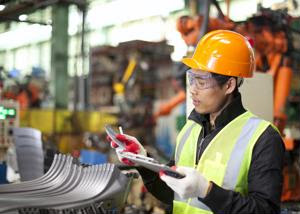 The decline in iPhone growth has dominated the Apple narrative of late. Yet a recent report tells a different story, according to 9 to 5 Mac. The story, originally reported in the Economic Daily News, suggests that Apple's production order for the iPhone 7 was around 72-78 million, a number that surpasses analyst estimates of 65 million iPhone 7s this year.

If the report proves true this would mean production levels for iPhones would reach their highest levels in recent years, promising news in light of recent accusations by LeEco CEO Jia Yeuting that Apple is 'outdated'.

International Business Times reported that this speculation by Economic Daily News comes only a week after Foxconn and Pegatron announced they would be hiring extra workers a month earlier than expected. Pegatron is known for assisting Foxconn in iPhone production.

Shares in Apple took a notable hit recently as a result of the organization's first decline in quarterly earnings in 13 years, according to the source.

"The biggest challenge for Apple with the iPhone right now is the sheer unpredictability of demand, as we've recently entered an unprecedented period of year-on-year declines in sales," explained Jan Dawson, chief analyst at Jackdaw Research, to International Business Times. "There are so many uncertainties right now in forecasting iPhone demand, driven by the global smartphone slowdown, the lengthening upgrade cycles and other factors."

Dawson went on to predict that even Apple itself will have trouble projecting sales in the next year. However, upping production is always better than low-balling demand.

There has been much speculation surrounding what features the iPhone 7 will introduce. According to 9 to 5 Mac, industry leaders are not expecting any big external design changes. In fact, a recent leak suggests that the new iPhone will largely resemble the iPhone 6s but with some camera upgrades and internal improvement.

IBT noted that Apple has yet to comment on the production report. However, CEO Tim Cook did put an emphasis on customer satisfaction over production volume.

The new report has certainly had a positive impact on Apple's outlook regardless of a lack of verification.