The Strategic Sourceror on Tuesday, May 03, 2016 Procurement News, 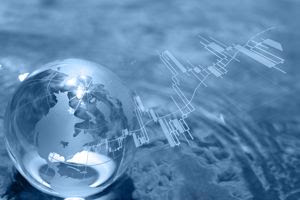 This week, Greenpeace Netherlands publicly released private documents circulated between the United States and European Union, revealing negotiations for the proposed Transatlantic Trade and Investment Partnership, or TTIP. The organization argued that this trade agreement would be bad for consumers, the environment and democracy in general. Furthermore, Greenpeace believes that the pact would put corporate interests before the public.

"These documents make clear the scale and scope of the trade citizens of the United States and the European Union are being asked to make in pursuit of corporate profits," Greenpeace Netherlands Executive Director Sylvia Borren stated. "It is time for the negotiations to stop, and the debate to begin."

She also added that environmental protection is about preserving the health of humans, both now and in the future, rather than acting as a trade barrier.

The issue of multilateral trade agreements and global sourcing is becoming increasingly controversial, especially as supply chains are facing pressure to improve transparency and demonstrate social and environmental responsibility.

EU Commission dismisses accusations
In a blog post on the organization's website, Greenpeace USA Executive Director Annie Leonard echoed Borren's concerns and suggested that the TTIP negotiations "undermine basic principles of transparency and open debate that are fundamental to our democracy - just like the Trans-Pacific Partnership did."

Both sources revealed that the documents obtained and released by Greenpeace comprise roughly half of what the total consolidated texts will eventually be, and about 75 percent of what currently exists. The group outlined four major areas of concern, including that the TTIP would:

Shortly after Greenpeace released the documents, the EU Trade Chief Cecilia Malmstrom published a statement in which she pointed out that the two parties are involved in negotiations and that nothing outlined in the text is final or guaranteed. She also added, "No EU trade agreement will ever lower our level of protection of consumers, or food safety, or of the environment."

Pressure to finalize trade agreement intensifies
In its entirety, the Greenpeace TTIP Leaks, a total of 248 pages, are broken down into a wide range of topics, covering aspects such as:

The Wall Street Journal's Viktoria Dendrinou reported that the U.S. and EU have been negotiating the TTIP for the past three years and that both have indicated the desire to finalize the agreement before the end of the Obama Administration next January. However, as the New York Times's Sewell Chan pointed out, considering how controversial the topic of trade is right now in America amidst the presidential campaign, it likely won't be resolved until after a new president is elected.