The Strategic Sourceror on Monday, May 23, 2016 Procurement News, 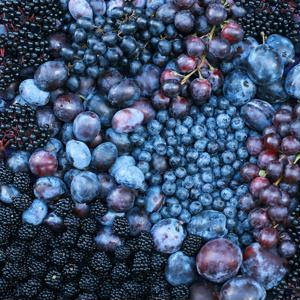 The move toward more organic and sustainable sourcing has been a fast-moving trend in recent years. The global food system is seeing a strategic response to consumer demand for organically grown products. Clif Bar has been a leader in the shift since the company's inception in 1992. According to GreenBiz, Clif Bar has used around 637 million pounds of organic ingredients since 2003. In 16 out of the company's 18 product lines Clif Bar uses 120 total organic elements.

While the business has an impressive track record of organic sourcing, the regulations surrounding organic products make the transition a tricky task at best.

"What you're saying is, 'Let's use much more expensive ingredients,'" explained Clif Bar Director of Environmental Stewardship Elysa Hammond to GreenBiz. "We went organic without raising prices."

While the move toward organic ingredients can be partially credited to a commitment to sustainability by Clif Bar, it is worth noting that there is a growing consumer appetite for organic foods. According to a Gallup poll, 45 percent of Americans actively seek out organic foods for their diets. Research also indicates that the trend toward organic inclusion skews based on location and age.

On the West Coast over half of respondents reported including organic foods in their diets whereas East coast participants had the lowest level of inclusion at 39 percent. People living in big or small cities were much more likely to eat organic than those in towns or rural areas (50 percent vs. 37 percent). Lastly, it appears organic foods are much more popular with younger generations. Over half of respondents aged 18-19 reported the active use of organic foods in their diets vs. a mere one-third of participants 65 and older.

A complex process
Consumer demand clearly plays a role in this emerging trend but the move toward organic sourcing is no simple task. The amount of precision and effort required by companies making the transition from conventional to organic farming is considerable. According to the Gallup Poll, organic agriculture is closely monitored by the U.S. Department of Agriculture. There are lengthy and in-depth regulations in order to become certified as organic by the USDA.

Beyond these strict regulations, making the move to organic requires a complex supply chain process, explained GreenBiz. In order to be officially certified, farmers must ensure their soil is free of pesticides among a variety of other non-organic components. Typically, this recovery process translates to a three-year production gap while the transition takes place.

Understandably, this is not something many companies can afford to wait out. As such, leading organizations in the organic movement (such as Clif Bar) have turned to innovation in order to securely grow their organic food supply chains. For example, Kashi - a Kellogg-owned brand known for its environmentally friendly food - has just released a new initiative aimed at welcoming the transitional period for farmers, according to GreenBiz.

In June, Kashi​ customers will be able to purchase products labeled "Certified Transitional," meaning the food comes from farms in the process of going organic. This will help allow farmers looking to go organic secure income through their transitional period.

"Farmers face barriers to converting (to organic practices) around capital investment, new business plans and loans, and the lack of a premium market for the crops," explained Nicole Nestojko, senior director of supply chain and sustainability for Kashi, reported GreenBiz. "While they're in this three-year period, they're taking a lot of risk and they're not reaping any reward."

Moving forward, companies like Clif Bar and Kashi will continue to strive for more organic ingredients throughout their supply chains. However, as GreenBiz noted, there are still some big questions surrounding organic food certifications. For example, can smaller operations endure the costs it takes to revamp their supply chains to become organic? Is the certification process biased toward larger operations? And can 100 percent organic supply chain ingredients ever truly be attained?

These questions largely remain unanswered. So, for now the moves being made by companies like Kashi and Clif Bar will need to become the industry benchmarks.