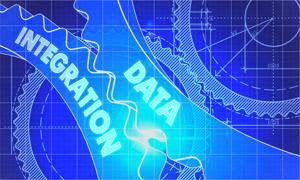 Leveraging digital technologies and innovative systems offers companies a wide range of advantages. In addition to facilitating faster, more efficient workflows, they can improve the accuracy, visibility and transparency along supply chains. Ultimately, this provides businesses with a competitive advantage - which is why, it seems, an increasing number of companies are looking to digitize their supply chains.

According to a recent report published by JDA Software Group, the majority of retail and manufacturing businesses are planning to increase their investments in supply chain digitalization, Spend Matters reported. The organization surveyed over 200 supply chain leaders and found that 78 percent said this initiative is going to become a major area of focus, with 66 percent agreeing that making their operations more digital would give them an edge over competitors.

Companies struggle implementing new technologies
​EMarketer reported that, while more than half of respondents said they planned to increase supply chain digitalization investments either moderately or significantly, there is a small contingent who actually plan to reduce the amount of spend. The reason cited by nearly 14 percent of companies for not increasing its budget for supply chain technology, the source said, is that enough has already been spent. Less than 3 percent said that it is simply not a top priority for them. Just more than 19 percent plan to keep their supply chain digitalization spend the same.

As businesses today begin implementing more and more electronic systems and platforms, there is a growing amount of information and data being collected that needs to be dealt with. Being able to organize, manage, interpret and analyze it appropriately can uncover opportunities for cost-savings, as well as ways to improve customer service and drive process improvements. However, although most companies recognize the need for digitalization in supply chains and plan to make it a focus area over the next several years, many are struggling with how to best approach it.

Spend Matters revealed that the JDA Software Group found just 10 percent of supply chain leaders currently possess a "holistic digitization strategy." JDA Software Group Vice President of Global Manufacturing Industry Strategy Fred Baumann indicated to the source that one of the biggest challenges facing companies is that using data as a type of currency is still a relatively modern and unfamiliar concept  - one that will take some time to understand, let alone get used to.

Digitalizing the supply chain isn't just a way for businesses to improve internal operations; it can also help enhance supplier relationship management through better collaboration and communication with stakeholders and partners, Spend Matters reported. And while about 30 percent of organizations leverage electronic integration capabilities for approximately 10 percent or fewer of their vendors, over the next four years the rate is expected to increase to almost 40 percent using it for at least 80 percent of suppliers.

However, one of the main concerns most manufacturers will likely have with creating a more integrated and collaborative network with their suppliers is the risk of disruption. Supply & Demand Chain Executive recently reported that, according to a survey conducted by GT Nexus and YouGov, as manufacturers are increasingly reliant on outsourcing, they are facing rising threats of disruptions, as well as the pressure to maintain compliance and demonstrate social and environmental responsibility. And while elevated visibility and transparency can help, there is also often a detrimental lack of transparency.

Choosing the right supply chain technology investments
In order for supply chain leaders to make the most of their digitalization efforts, it is imperative that they focus on investments that will be most beneficial based on their specific needs. Without proper planning and training, implementing a new process, system or platform can end up costing a company big. Furthermore, to ensure that the organization stays within budget and maintains a high return on investment, managers must be strategic in their approach to digitalizing the supply chain and only focus on areas where the most value can be gleaned.

For example, eMarketer explained that, among those surveyed by the JDA Software Group, nearly 60 percent said a primary goal is to improve supply chain visibility and more than half said advanced analytics. Additional areas of the supply chain where digital technology can offer the most value include the Internet of Things, mobile applications, cloud-based applications and big data. On the other hand, aspects that weren't as big a priority are augmented reality and radio-frequency identification.