Amazon to increase storage and shipping fees for retailers

The Strategic Sourceror on Monday, May 23, 2016 Procurement News, 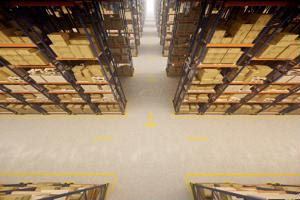 Fulfillment By Amazon is a service offered by Amazon.com Inc that allows merchants that sell through its online marketplace to store and ship products through the retail giant. However, in an article for Internet Retailer, Sandra Guy recently reported that Amazon has decided to increase its fees for the upcoming holiday season to at least double the current rate. And, as a result, sellers are going to be forced to reevaluate their approach to inventory to avoid surge pricing during peak seasons.
According to Guy, the costs of storing and shipping products through Amazon's facilities will be lowered in October, but then will sharply increase during November and December. This strategy is to prevent merchants from taking up too much space in the warehouses with goods that have not yet been sold. In October, storing standard and oversized products will cost retailers 54 cents and 43 cents, respectively, per cubic foot. However, for the following two months, those prices will jump to $2.25 and $1.15 - marking a 212.5 percent and 101.8 percent  increase from last year's monthly fees.
Eliminating slow-moving inventory
Guy also revealed that the purpose of FBA raising its fees is to create more room in its warehouses for the products that consumers are actually purchasing and "reduce in-bound friction" during the busiest months of the year. Furthermore, the drop in October storage and weight-handling prices should offset the increased fees during November and December.
Inventory management is one of the most important yet complicated supply chain functions that retail companies must deal with. And optimizing operations without exceeding budget has become increasingly challenging with the rise of omnichannel purchasing. ECommerceBytes reported that one seller pointed out Amazon only had to create and implement this new policy because some merchants are not well-versed in the best practices for buying and managing inventory.
Tom Cook, an Amazon representative, told the source that its warehouses were becoming overcrowded with products that probably would not ever sell, such as calendars from four years ago. With this change in fees, the company hopes to make it so that, during the fourth quarter, its fulfillment centers only have items that will be sold over the holiday season.
How this affects retailers supply chains
LD Products Inc. CEO Aaron Leon told Guy that this change in pricing will make it so sellers either have to charge their consumers more or bear the extra expenses themselves. It will also put companies under pressure to improve inventory management to reduce the levels of items sitting in the fulfillment centers. He also indicated that it could result in "Amazon [being] a less profitable marketplace for sellers."
ChannelAdvisor Corp. Executive Chairman Scot Wingo added that e-retailers are going to need to be more strategic and selective in choosing the products they send through the service - and that failing to do so lead to them paying as much as triple the amount.
"Sellers need to get in front of the curve on this and have a deep understanding of which products are most appropriate for FBA, how they tie Amazon to their supply chain to optimize the situation, and how they will manage shipping to non-Amazon channels in this new, more expensive FBA world," Wingo explained, according to Guy.
Some businesses seem to believe that Amazon's performance and fulfillment capabilities are worth the fees. LabWorks Inc. Owner Jose Calero, for example, told the source that the profit margins of the company's products are enough to justify the rise in pricing. And FilterBuy.com CEO David Heacock added that the change in fee is actually beneficial because it sets a higher standard  for working with the e-commerce giant.
Procurement News