The Strategic Sourceror on Wednesday, May 25, 2016 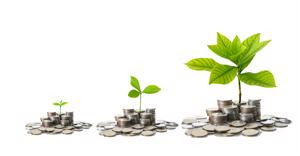 Earlier this month Bayer set forth a letter to Monsanto CEO Hugh Grant. The letter detailed plans of a proposed merger between the two companies, reported The Wall Street Journal.
This week Bayer AG solidified a proposed $62 billion offer to buy Monsanto. The deal, if approved, would create the biggest seed and pesticide business in the world. The currently proposed deal includes the assumption of debt spanning $8 billion.
In a conference call with reporters Bayer Chief Executive Werner Baumann noted that the proposed deal presents a powerful opportunity to provide Monsanto investors with near certain value, according to WSJ.
Bayer is offering all-cash for the acquisition of the St. Louis, MO.-based Monsanto and the union of the two companies is sure to create a powerful force in the agriculture industry. Beyond the sheer size of the business , Bayer's crop protection capabilities paired with Monsanto's seed offerings as well as the two organizations' considerable global reach would create a powerhouse in the seed and pesticide business.
USA Today reported that under the current deal Bayer would be responsible for paying Monsanto shareholders $122 per share. According to the source this represents a 37 percent premium over the closing price of $89.03 on May 9 and a 16 percent increase over the Friday closing price of $101.52.
Skepticism from shareholders
While Monsanto share did see a 4.5 percent spike following the offer, shares for Bayer dropped 5.7 percent with a cumulative 12.5 percent decrease since confirmation of talks with Monsanto. The reason? Well, according to Fortune, there are a few purported causes for this dip.
For starters, a portion of the deal will be funded by an issuing of new shares. In essence, shareholders will have two options: sign up or watch their shares lessen through the weakening of their holdings. Additionally, current investors in Bayer may have bought in due to its pharmaceutical offerings. The focus on seeds in the new deal may appear unappealing to shareholders.
On a more complex level, some investors may be jumping ship due to the implications of a more diversified company. The wider the range of business operations, the lower a business can potentially trade at. According to Fortune, more focused organizations tend to value higher.
Generally speaking, market players tend to view more complex companies as harder to manage, explained the source. Moreover, Bayer's potential purchase of an outside business signals that the current business functions are less profitable than desired.
Upping the ante
Monsanto investors are open to the current offer presented by Bayer but, according to WSJ, they expect board members to negotiate a higher price.
"It's a very good initial bid for the company," noted James Zoldy, president of Halsey Associates Inc., a New Haven, Conn.-based firm that owns Monsanto shares, repo​rted WSJ. "We think there is some upside from that, and it's going to have to be finessed by the [Monsanto] board to extract additional value."
Zoldy went on to explain that the board will need to approach negotiations very delicately. It cannot afford to drive too hard of a bargain considering the lack of other options.
Beyond some leeway on pricing, the merging of the two companies is generally seen to be sound strategically for both parties considering the mounting pressure on agribusiness businesses. WSJ explained that recently there has been a push to cut costs while building in scale. Farmers have dealt with a three-year dip in crop prices which has pushed many seed, crop chemical, fertilizer and tractor companies to not only reduce costs operationally but lay off employees across sites.
According to Fortune, one of the major reasons for the deal lies in the two companies' worth together rather than separately. By joining together research and development and product lines the combined company would bring in considerably higher earnings and save an estimated $1.5 billion annually from the outset by eliminating overlapping functions and other costs.
Pending approval from the Monsanto board, the deal is set to face some pushback from two major parties: antitrust officials and farmers. The former will undoubtedly scrutinize the size and scope of the resultant agribusiness conglomerate, explained USA Today.
"... [A]ny such acquisition would give Bayer significantly more control over supply chains in the agricultural industry," explained Terrence Oved, partner of New York law firm Oved & Oved and chairman of the firm's corporate, entertainment and real estate departments, according to the source. "[However, the two companies] have very little product and revenue overlap, so it is likely that any concerns raised from an antitrust perspective could be summarily addressed through divestitures of problematic assets."
Additionally, farmers will need to be convinced of the benefits of this union. There is ample concern currently surrounding tools and the players that provide them. Undoubtedly, the merger will only increase the worry.
The two companies employ a combined an estimated 137,000 employees worldwide. Neither business has commented on potential layoffs as a result of the merger.