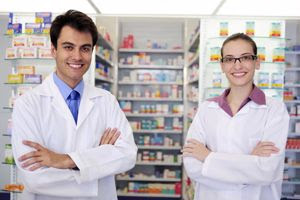 On Tuesday Walgreens announced it will be buying competitor Rite Aid for $9.4 billion, according to The Wall Street Journal. This deal comes in what is set to be the biggest year of all time for health care mergers and acquisitions. WSJ noted that 2015 has seen around $427 billion worth of merger deals in the U.S. as health care leaders seek to lower supply chain costs by way of consolidation.

The details of the deal
Even the whispers of a merger between the two drugstore giants caused a rise in stocks for both companies, noted WSJ. After an article by the source reported there were merger talks in the works, Rite Aid's stock increased to $8.67 per share or 43 percent, while Walgreens saw a 6.4 percent rise amounting to $95.16 a share.

The merger is not set to go off without a hitch, however, reported CNN Money. The deal will have to pass an antitrust review by regulators; a difficult feat considering the deal would combine the powers of two of the top three leaders in the marketplace.

This is not the first acquisition by Walgreens. In 2010 the company took over Duane Reade, a drugstore chain based in New York, explained CNN Money. Last year also saw the acquisition of a European pharmacy chain called Boots Alliance; currently, Walgreens has store locations in over 10 countries.

As a part of the contract negotiation, Rite Aid has requested to keep the name of its stores throughout the transition. However, CNN reported that this will only be a temporary occurrence. Walgreens plans to harmonize store names over time, effectively eliminating Rite Aid signage across the country.

WSJ calculated that with Rite Aid's debt factored into the equation - in August 2015 the company's debt totaled $7.4 billion - the merger is valued at $17.2 billion.

Reasons for the merger
Drug producers, hospital chains and health insurers alike have been seeking out their fair share of mergers this year. WSJ attributed this to side effects from the Affordable Care Act among other factors. The health care industry is scrambling to find ways to cut costs and leverage suppliers. Mergers allow for the consolidation of multiple supply chains and their relevant costs.

The combined drugstore network would total to 13,000 U.S. store locations. A combination of resources could combat the recent drug-price inflation by way of supply cost reduction, noted WSJ.

CNN Money cited a similar problem.The industry is in a transitional period due to the ACA, and mergers seem to be the way in which health care leaders are dealing with the changes. U.S. life expectancy has risen at a fairly consistent rate over the past decade and CNN looked to the aging population in the country as another reason for increased consolidation in the medical industry.

What does this mean for the health care industry?
Whichever way you slice the reasoning, one fact remains: Walgreens is about to become a force to be reckoned with. WSJ charted out the 2014 market shares of Walgreens, CVS and Rite Aid, which together make up the three leaders in the drugstore industry.

Rite Aid trailed the pack with 12.3 percent of market share, CVS held second with a 30.9 percent of share and Walgreens took a close first with 34.2 percent. Pending a green light for the merger, the Walgreens and Rite Aid duo would hold a combined 46.5 percent market share, reported WSJ.

The first inevitable result of this merger would be the domination of the Walgreens and Rite Aid pair over CVS.

"Our complementary retail pharmacy footprints in the U.S. will create an even better network, with more health and wellness solutions available in stores and online," Walgreens Boots Alliance's executive vice chairman and CEO, Stefano Pessina, explained, according to Business Insider. "This combination will generate a stronger base for sustainable growth and investment into Rite Aid stores, while realizing synergies over time."

The source explained that the term synergy is really just a covert way of addressing eliminating waste within a company for the sake of cost reduction. This term usually translates to job cuts, closed stores, decommissioned warehouses and disappearing offices.

Walgreens Boots Alliance announced projections of over $1 billion in synergies. Business Insider reported that currently Walgreens' employees total around 251,000, Rite Aid employs approximately 89,00 workers. In a self-directed calculation, the source approximated that if even half these cost reduction measures come from job cuts, more than 6,700 workers can expect to lose their jobs in light of the merger.

There have been no formal announcements regarding job cuts by either company.

Whether it be job cuts, supply chain consolidation or some other method of cost-saving, there is no doubt that leaders in supply management, strategic sourcing and category management will have their work cut out for them pending the approval of this merger.