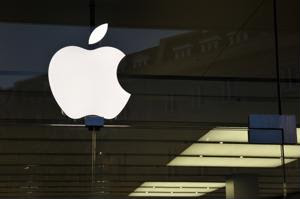 Apple has always been a leader when it comes to the world of renewable energy and sustainable sourcing. Last year, Apple hit a major stride when they managed to officially announce that 87 percent of its facilities were powered by renewable energy, explained Sustainable Business in a GreenBiz blog post.

Now, the source reported that Apple has announced a plan to fund the building of solar farms across China to help combat the emissions produced by its supply chain. But when It comes to sites in need of green-friendly practices, the facilities in question are not Apple offices or stores.

In fact, in China alone all of the Apple offices and store locations are proudly powered by strictly renewable energy, noted GreenBiz. The Apple supply chain facilities are a completely different story. These buildings account for a considerable amount of company emissions as many Apple factories use fossil fuels for their power, according to GreenBiz.

The new program by Apple will work to build 200 megawatts of solar farm capacity in order to sustainably power current facilities. The company predicts that these measures will cut greenhouse gas emissions by 20 million tons by the end of 2020.

"The transition to a new green economy requires innovation, ambition and purpose," Apple Chief Executive Tim Cook said in a statement, according to GreenBiz. "We believe passionately in leaving the world better than we found it and hope that many other suppliers, partners and other companies join us in this important effort." -Tim Cook, Apple chief executive

A continued mission towards sustainable practices
Apple is not new to the stage of sustainable business practices. The company has been ramping up its efforts in recent years to secure an environmentally-friendly image. In July this year, the company was one of 13 corporations to participate in a $140 billion low-carbon investment, reported Climate Change News

Apple committed to purchasing 100 percent renewable energy and aiming for zero-net deforestation throughout its supply chain.

While the issue of renewable energy is being addressed in a concrete way with this newest measure, deforestation problems were tackled earlier this year.

According to Sustainable Business, Apple partnered up with conservation organizations in both the U.S. and China. In the states, Apple is working alongside the Conservation Fund to preserve a total of 36,000 acres of land in both Maine and North Carolina. These efforts will set out to sustainably manage the forestry in these areas.

In China, Apple has paired up with World Wildlife Fund to ensure that 1 million acres of forest will be responsibly managed. These efforts were a result of Apple seeking to eliminate the potential for irresponsible paper product in Apple packaging, explained Sustainable Business.

Even with these measures in place, ensuring a renewably-sourced supply chain is no small task. Compared to corporate operations, Apple's supply chain eats up to 60 times as much electricity, noted the source.

However, the company is adamant in its pursuit of environmentally friendly supply chain practices. Sustainable Business noted that earlier this year, Apple bought out more than half of California Flats Solar Project total output in order to power U.S. operations.

"We strive to leave the world better than we found it, and that means considering everything we do - from the design of our products to the processes we use to make and recycle them," stated the Apple Environmental Responsibility report. "Our goal is to make not just the best products in the world, but the best products for the world."