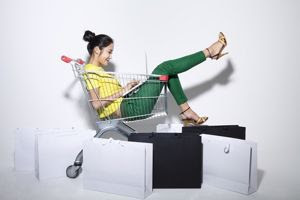 The amount consumers spend in retail drives 70 percent of the U.S. economy, reported ABC News. As such, economists across the nation watch the figures for monthly retail sales closely as an indication of the average consumer's willingness to spend.

Figures released by the U.S. Commerce Department for September showed some mixed signals. While U.S. consumers were increasingly willing to spend on cars and dining out, they were much more hesitant in their purchases of electronics and gasoline. Overall, U.S. retail sales were up by only 0.1 percent, despite a predicted 0.2 percent rise, noted CNBC.

Cars and dining
The automobile and food/beverage industries provided the most promising levels of growth throughout the month of September. Car purchases were up 1.8 percent from August and industry reports noted sales of 1.44 million in cars and light trucks, explained ABC News.

This rise in sales was attributed to cost reduction incentives. Consumers were more willing to dish out money on cars due to featured deals related to the upcoming influx of newer 2016 models. According to ABC, overall car sales are up 15.8 percent from the same time last year.

Electronics and gasoline
The same increase in numbers was not seen in the electronics or gas industries. ABC relayed that gas stations saw consumer spending fall 3.2 percent in September, while the tech industry saw no growth despite the release of the iPhone 6s and 6s Plus.

Experts attributed this to a drop in overall gas prices and the stronger dollar's effect on technology imports. In fact ABC reported that Ian Shepherdson, chief economist at Pantheon Macroeconomics, believes that these factors could be creating an artificial appearance of low sale volumes.

Whether or not the numbers paint an accurate picture of product demand is crucial for suppliers and distributors as they deal with supply management for the upcoming months.