Drops in oil prices result in supply savings for hospitals 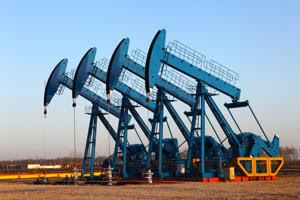 The recent drop in oil prices is no secret. The national average for a gallon of gas stands at $2.19, a notably reasonable price considering the gas prices in the recent past.

While vehicle-owning consumers are jumping for joy (or just into their cars) at this news, oil companies are crunching their numbers. According to The New York Times, oil companies that have seen generally profitable earnings in the past few years are now being forced to make sharp cuts in a variety of fields.

The source reported that over 200,000 oil workers have been let go and manufacturers specializing in oil drilling equipment have taken a big hit.

For many companies, over half of their rigs have been shut down and exploration has taken a back seat to profit control. The reason? The price for a barrel of oil has dropped nearly 50 percent since 2014, explained NYT.

Supply and Demand
New York Times reporter Clifford Krauss explained that the drop comes down to supply and demand inconsistencies. Over the past six years, the domestic production of oil in the U.S. has almost doubled.

This has created a dilemma for importers that used to sell oil in large quantities to the U.S. Countries such as Saudi Arabia, Nigeria and Algeria are relocating their efforts to Asian markets in an attempt to make up for lost profits, reported Krauss.

The demand for oil is also generally weakening. In Europe, vehicles are becoming increasingly energy-efficient, which is countering the existence of gas-guzzling cars. Essentially, there is too much supply and not nearly enough demand.

The victims and the victors
This is bad news for countries whose economies center around oil production. Nations such as Iran, Ecuador and Brazil have taken an economic hit and could potentially face political blowback, explained Krauss.

The sting is being felt by oil companies across the globe. According to a different New York Times report, Chevron and Exxon saw the worst quarterly report results in the last ten years this July.

Exxon has been forced to take a deep cut to company spending. Funds for exploration of future oil prospects alone were cut by $16 billion. Chevron announced the cuts of 1,500 jobs and a larger $1 billion cost reduction plan.

However, the drop in oil prices is not bad news for everyone. In the U.S. Energy Information Administration's January Short-Term Energy Outlook report, numbers showed that motorists are enjoying the lowest gas prices since May 4, 2009.

House-owners are also benefiting from the decline. The report found that the average house will save $750 on gas bills in 2015.

Perhaps the most interesting beneficiary is the health care industry. According to Health Care Finance, smart health care supply chain managers will be able to see substantial cost reduction due to the falling price of oil.

Low oil prices mean cheaper plastic products
The number of health care supplies made of plastic is considerable. Medical gloves, bed pans, syringes, the list goes on. However, many people may be surprised by the fact that oil prices affect plastic pricing. This makes sense once it is realized that plastics are a derivative of crude oil polymers. In fact, about 5 percent of global oil is used for the production of plastic, explained Zacks.

This is great news for supply chain managers. However, Principal of Pinnacle Healthcare Consulting Anthony Long pointed out that supply chain leaders may have missed this opportunity, according to Health Care Finance.

"Certainly there are a number of facilities where decreases in oil prices and modification of market prices impact on plastics-based products don't really register as a blip," Long stated. "But those who are up to speed and who have more sophisticated systems in place or resources to draw on are reaching out with the drive-down in petroleum prices and ultimately plastics."

Purchasing management heads for hospitals need to review their current contracts regarding the pricing of certain plastic items. Due to the current prices of oil there has been a 5 percent decrease in the pricing of exam gloves, industry expert Brigitte Chorley explained to HCF. By negotiating the pricing on exam gloves alone, a hospital could save up to $36,000 a year.

While the drop in oil has affected many companies and countries negatively, hospital supply chains should take advantage of these cost reduction opportunities and look into current purchasing agreements.