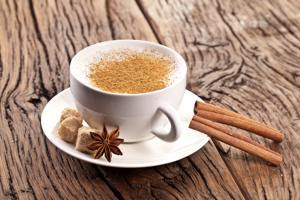 You know the saying: you don't know what you got until it's gone? Well, coffee-drinkers should try and appreciate that cup of joe a little more from now on. BloombergBusiness reported that a global coffee shortage could be on the horizon due to climate change concerns and increasing demand.

According to the source, global production of coffee will have to increase by 40 to 50 million bags within the next decade in order to keep up with global consumption. That amount in itself outnumbers the entire crop of the main coffee producer in the world - Brazil.

As TIME Magazine noted, the International Coffee Organization reported a projected 25 percent increase in coffee consumption over the next five years. This is mainly due to the beverage's increasing popularity in developing markets such as India and China.

Along with climate change and increasing demand, Bloomberg cited the low price of coffee as a major factor for farmers. With such low return, farmers feel little incentive to increase output at such aggressive rates.

A familiar concern
This new alarm over a coffee shortage may cause some people to feel slight deja vu. In 2014, there was an overall global shortage of 6.4 million bags of coffee beans.

"What we are really seeing as a company as we look 10, 20, 30 years down the road - if conditions continue as they are - is a potentially significant risk to our supply chain, which is the Arabica coffee bean," said Starbucks' head of sustainability, Jim Hanna, in a 2011 interview with the Guardian.

Four years later and Arabica is the bean most at risk, according to Bloomberg.

So, what is there to do? Some companies like Nestle SA's Nespresso have moved to more varied and strategic sourcing for their coffee, seeking different suppliers from Latin America, Asia and Africa, reported Bloomberg. Suppliers themselves have been increasingly moving their crops to higher altitudes in response to warming issues due to climate change.

There is not much more suppliers or buyers can do when it comes to this new wave of coffee scarcity. Let hope CNET reporter Danny Gallagher was just going for theatrics when he declared: "A world without coffee would lead to the end of productivity and civilization as we know it."