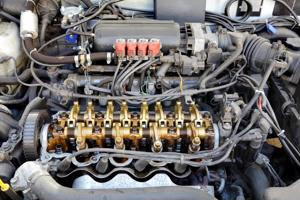 Volkswagen just announced a recall on cars affected by the company's recent emission test scandal, according to The Associated Press. With a start date of January 2016, the source said officials expect the recall to reach completion by the end of the year.

Volkswagen has taken a hard hit over the last month due to the intentional rigging of VW cars in order to improve scores on emission testing. Reuters explained that the car company could face up to $18 billion in fines from the U.S Environmental Protection Agency. Further, Wired reported that the overall stock price of Volkswagen fell 20 percent at the end of September.

This recent recall announcement could potentially cost the company over $7 billion in the repair of 11 million recalled vehicles, according to The Wall Street Journal.

The source also noted that while VW is trying to avoid job cuts in light of these new company costs, there was no guarantee made to employees in an address at the primary company facility in Wolfsburg​, Germany, by Volkswagen Chief Executive Matthias Müller.

In 2014, Automotive News reported an announcement by VW to invest $106 billion in new factories, car models and technologies. Due to the current financial predicament the company faces, VW is set to review its spend management plan and significantly cut back on these investments.

Supply chain effects
This recall has the potential to greatly affect suppliers within the Volkswagen supply chain – both in the U.S. and globally. VW suppliers in Indiana may need to move away from diesel technology, Akshay Anand, a senior analyst for Kelley Blue Book, told the Indy Star.Until there is restored trust in this technology, suppliers who create part for these types of cars could be facing a shortage of demand.

Volkswagens are only responsible for 3 percent of all cars in the U.S., reported the Indy Star. However, VW models account for 40 percent of cars driven in Europe, so it is much more likely that European suppliers will feel the supply chain hit.