Kia and Fiat announce mass recalls due to safety issues 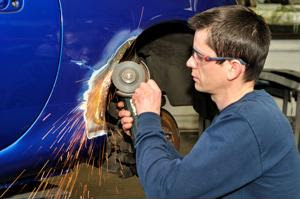 Kia and Fiat Chrysler both announced major recalls last week due to internal safety issues with specific vehicles. Both companies will begin recall measures in November.

Kia recalls Sorento Crossovers
Sorento Crossover SUVs were the Kia vehicles affected in this latest recall, according to USA Today. The company is set to recall 377,000 Sorentos due to a malfunction in braking features.

According to the recall statement by The National Highway Traffic Safety Administration, excessive force placed on the Sorento gear shift lever could result in a crack on the brake-shift mechanism. As such, the vehicle could potentially shift out of park without notice.

The problems apply strictly to Sorentos manufactured between October 2009 and January 2013, but are limited to model years between 2011 and 2013, per the statement. The recall is set to begin in late November, as Kia works to notify all affected owners. The cars in question will have their brake-shift interlock mechanisms replaced at the expense of Kia.

Fiat Chrysler recalls more than 1.7 million trucks
Fiat Chrysler has had its hands full with car recalls in 2015, this year alone the company has recalled over 1.7 million vehicles, according to The Associated Press. The problems lie in the air bags and steering systems of the affected cars.

The most recent recall pertains to 2015 Fiat 500L vehicles with a manufacture date ranging between late April of 2015 and early May, according to The National Highway Traffic Safety Administration recall report.

The report cites problems with the folding of air bags located in the front of the vehicle during manufacturing. This folding malfunction can result in improper airbag deployment or a lack of deployment altogether. The company plans to begin the recall process on November 6 of this year.

Supply management heads at both Fiat and Kia manufacturing warehouses will need to plan sufficiently for this influx of demand regarding affected parts. Additionally, heads of Fiat and Kia will need to overview spend management reports to determine how these new recalls will affect previous budgets going forward.