The necessity of protecting supply chains after natural disasters 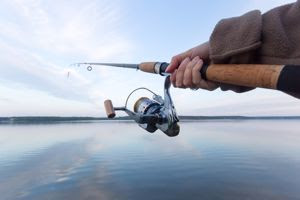 South Carolina has been hit hard due to extreme rainfall and historic flooding this fall. The farming industry in particular has been impacted, seeing crops such as peanuts, soybeans, sweet potatoes and poultry suffer due to water damage.

According to a recent study by Nature Climate Change, this extreme weather is going to increasingly become the norm thanks to climate change. Radical weather including excessive rainfall and significant heat waves will become a much more regular occurrence in the coming years.

Climate change rears its head
The study found that while heat extremes were a once in every 1,000 day occurrence in the past, they are now occurring as much as five times more often. Additionally, if the rise in global warming persists at the current rate, there will be 60 percent more cases of extreme rain across the globe.

"It's a reality of doing business, it's a reality of life for all of us," Cynthia McHale, director of insurance at the sustainability nonprofit Ceres, told The Huffington Post. "We're in for a lot of rough weather, among other things."

Supply chains and their management heads need to properly prepare for the impact this extreme weather could potentially have on varying industries.

Chile serves as an example
Governments are already taking precautionary measures. In Chile, congress has approved a bill that dictates regulations within the fishing industry set to deal with the effects of natural disasters, reported The Fish Site. In the past, ships and boats have faced total destruction due to storms, which has essentially halted fish supplies.

This new bill will assure that fishermen and relevant repair people have time and resources for the speedy rebuilding of necessary equipment.

Raul Sunico, the Undersecretary of Fisheries and Aquaculture, pointed to natural disasters when expressing his support of this bill.

"In the last five years the fishing industry has been hit by three major natural disasters in which hundreds of fishermen have lost their tools so this project will be a huge help to support recovery ... but also creates permanent rules to address future situations of this kind."

Governments should work together with supply chain management heads to enact similar pieces of legislation that protect industries that are vital to their national economies. Having preventative measures in place before disaster strikes can result in increased efficiency in recovery efforts and potential cost reduction.