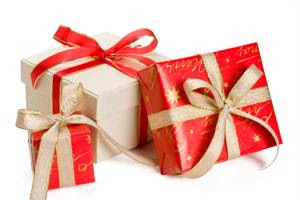 Wal-Mart and Amazon have both announced significant numbers of seasonal hires in anticipation of the 2015 holiday season, reported MarketWatch.

Wal-Mart released a statement in mid-September that indicated the company will be hiring 60,000 seasonal workers. This is the same number of hires the retailer recruited during the 2014 holiday season.

In a new move by the company, Wal-Mart is presenting current workers with the opportunity to work more hours during the months of November and December. In previous years, Wal-Mart has not allowed pre-existing employees to tack on additional hours at their choice during seasonal spikes.

In addition to sales personnel, Wal-Mart will be bringing additional department managers to over 3,500 stores in order to deal with the significant increase in online orders with in-store pickups.

Amazon stands alone in increased hires
Where Wal-Mart has made the decision to keep a steady rate of seasonal hires, Amazon recently announced it is looking to hire 25 percent more temporary staffers for warehouse jobs over the coming months, noted MarketWatch.

This increase in hires has surpassed Amazon's main competitors Target, Macy's and Wal-Mart. The exact number of new Amazon workers in 2015 will be 100,000 compared to 80,000 additional hires in 2014.

In addition to an increase in workers Amazon has been hurriedly creating warehouse and distribution centers in anticipation of holiday ordering levels. The company is aiming to speed up overall delivery times while simultaneously lowering shipping costs to consumers.

Why hire more?
These new hires by both companies are a smart move considering the predictions for holiday retail sales in 2015. The National Retail Foundation projects that November and December retail sales will increase to $630.5 billion, showing an overall solid uptick of 3.7 percent. These numbers exclude some revenue sources typically included in retail reports such as the auto, gas and restaurant industries.

In total the 2015 holiday sales are set to account for 19 percent of the $3.2 trillion in annuals sales from the retail industry. Ecommerce sales are expected to see a significant increase this season as well. NRF projects that online purchases will increase to as much as $105 billion.

"Price, value and even timing will all play a role in how, when, where and why people shop over the holiday season. Retailers will be competitive not only on price, but on digital initiatives, store hours, product offerings and much more," said Matthew Shay, NRF president and CEO.

Supply chain management will be key during this holiday season. Marketers and sales reps within individual businesses need to keep a clear and open line of communication with the company's supply chain throughout the entirety of November and December.

Discrepancies in strategy between the two departments can result in mistakes with order fulfillment or overall inventory management, among other things.

Retailers should guarantee that all the necessary parties are equipped to handle what is sure to be an overall successful holiday season.