Home Trending Where Do the Democratic Presidential Candidates Stand on Trade?

Where Do the Democratic Presidential Candidates Stand on Trade? 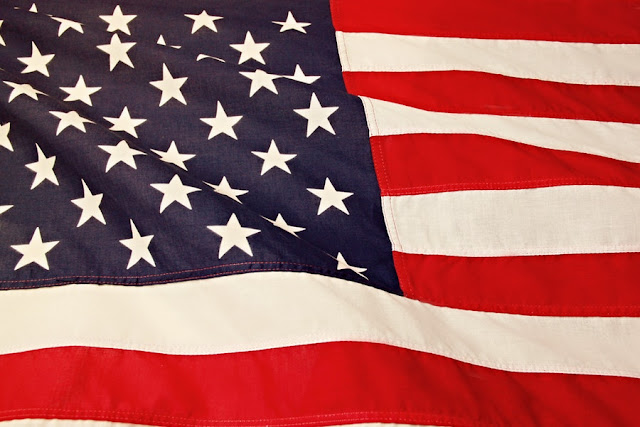 Throughout his first presidential campaign, Donald Trump made international trade relations an important component of his platform. Emphasizing unbalanced trade relations, he promised to put America first by renegotiating trade deals and investing in the nation's workforce. As President, this has meant levying massive tariffs on China, the EU, and other nations as well as replacing NAFTA with the U.S.-Mexico-Canada Agreement (USMCA). His moves have divided Americans on both side of the aisle and made international trade and supply chain management the subjects of everyday conversation. Predictably, they've also been important issues for the Democrats hoping to challenge him in 2020.

If you've been keeping an eye on the campaign trail, you're aware of the fact that there are a lot of Democrats in the running. Though it's getting harder and harder to make it to the debate stage, there are still nearly twenty Democrats vying for their party's nomination - a new one just joined the race today. To keep things simple, we're only looking at the ten candidates who've qualified for next week's debate in Atlanta.


The Democratic Candidates on Trade

Former Vice President Joe Biden: Biden calls for America to play a leading role in redefining international trade with a "modern, inclusive process." This process, his campaign site notes, will introduce rules to protect worker's rights, raise wages for the middle class, and put environmental safeguards in place. Calling President Trump's "America First" approach into question, he advocates for collaboration with "our friends in both Asia and Europe" to write the new rules of trade.

New Jersey Senator Cory Booker: Booker has not announced an official trade platform. He has, however, addressed the topic in an interview with the Council on Foreign Relations. During that conversation, he charged the Trans-Pacific Partnership with "put[ting] large corporations before workers" and expressed his support for "a trade deal that, at its core, is focused on advancing the American worker and working families."

South Bend, IN Mayor Pete Buttigieg: Though Mayor Pete has yet to reveal a comprehensive trade platform, he has been  a vocal critic of Trump's trade policies. He did, however, acknowledge that he would "include tariffs as leverage" during negotiations as President. He would not join the Comprehensive and Progressive Agreement for Trans-Pacific Partnership and would call for updates to the proposed USMCA.

Hawaii Representative Tulsi Gabbard: Neither NAFTA nor the USMCA makes an appearance on Representative Gabbard's campaign website. She has, however, criticized President Trump's "unpredictable shoot-from-the-hip approach" to international trade, calling it "counterproductive to the interest of our country." As President, she has promised to reintroduce a sense of stability to the lives of American farmers and manufacturers.

Minnesota Senator Amy Klobuchar: Representing Minnesotan farmers and manufacturers, Klobuchar has had to walk a tightrope on the subject of tariffs. While she supported President Trump's tariffs on steel and aluminum, she has nevertheless called on the President to end the trade war and promised to review (and potentially revise) all existing tariffs during her first 100 days in office.

Vermont Senator Bernie Sanders: "Trade is a good thing," Sanders' campaign site reads, "but it has to be fair." The Democratic Socialist promises to help strengthen international groups like the World Trade Organization to more effectively address issues like trade imbalance and intellectual property theft. Domestically, he expresses his desire to "undo the harm that trade agreements have done to family farmers."

Tom Steyer: Identifying himself as both a progressive and a capitalist, Steyer states that he will renegotiate existing international trade agreements. Crucially, he has also pledged to bring additional parties into these negotiations including trade unions, indigenous populations, and environmental action groups.

Massachusetts Senator Elizabeth Warren: Warren has emphasized the need for more transparency in trade negotiations. As President, she would require negotiators to publish their proposals and allow time for the public to comment on them. She would also introduce new requirements for America's trade partners including membership in the Paris Climate Agreement. While she regards tariffs as an "important tool," she believes they are not the stuff of long-term trade strategy

Andrew Yang: Outlining his international trade policy, Yang pledged to "ensure that any trade negotiation includes stringent environmental standards." By far the most vocal candidate on the subject of automation, he considers AI more dangerous to the American worker than any foreign power. He has, however, expressed interest in rejoining the Trans-Pacific Partnership or "negotiate a similar deal" to address China's growing influence.

It feels like we've been talking about 2020 since November of 2016, but there's still another year to go before voters cast their ballots. As tariffs and trade conflicts continue to make headlines, expect President Trump and each of his potential opponents to say much more on the subject between now and Election Day 2020.
Trending