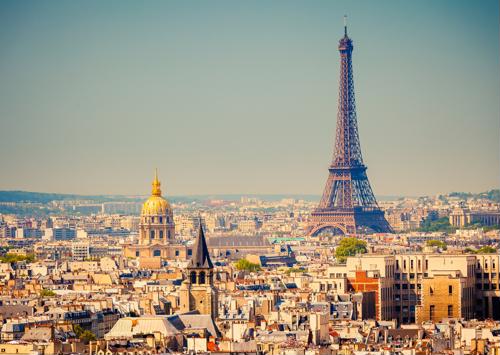 In early November, the United States formally notified the United Nations it would pull out of the Paris Agreement made by the U.N. Framework Convention on Climate Change. The American plan to withdraw was initially announced in June 2017, and will be completed by Nov. 4, 2020. In doing so, the U.S. will be one of the only nations that is not part of this environmental agreement. Experts say that decision could impact global supply chains in a number of ways.

For its part, the Trump administration, which made the decision to withdraw, cites statistics which show emissions have declined sharply from 1970 and 2018, and the national economy has largely grown for much of that nearly 50-year period, according to Supply Chain Management Review. However, many major companies in the U.S. that depend heavily on international supply chains originating overseas have condemned the decision, including titans like Apple, Google, Walmart, DuPont and more.

The Paris Agreement was intended to help curtail rising temperatures around the globe, as well as empowering countries to more effectively deal with the effects of climate change on their land and economies, the report said.

Big concerns
Among the issues for the Paris Agreement in the first place is that while shipping routes may be optimized to reduce waste and other aspects of the supply chain can be altered to be more eco-friendly as well, the elephant in the room is related to power generation. According to a recent survey by the Transition Pathway Initiative, through the University of Oxford, relatively few energy companies even acknowledge the need to get to a point of net-zero carbon emissions, and even fewer are willing to commit to it.

Companies at every step of the supply chain, of course, rely on electricity generated by large energy companies rather than smaller efforts that can be boosted with renewables, the report said. As such, it will be critical for businesses to see how sentiment shifts in the next few years and beyond before making any hard and fast commitments.

The pressing issue
The reason this is all so impactful for the supply chain as a whole is the Paris Agreement spells out how national and global laws will be crafted for everything from energy to agriculture - all of which are critical for maintaining today's strong and ever-evolving supply chains, according to an editorial in The New York Times by a Walmart executive and the president of the World Resources Institute.
There are many issues climate change presents to big business, from "an increase in the net number of days per year that their facilities will require refrigeration" to the reality that "produce and other foods will be threatened," the editorial said. As a consequence, many companies can be expected to do their part to deal with these issues, at potentially great cost to their near-term bottom lines, even without guidance from the federal government.

Nonetheless, this decision will likely alter the ways companies approach their own climate change needs in the years ahead, and that will require even more careful planning than before.
Procurement News