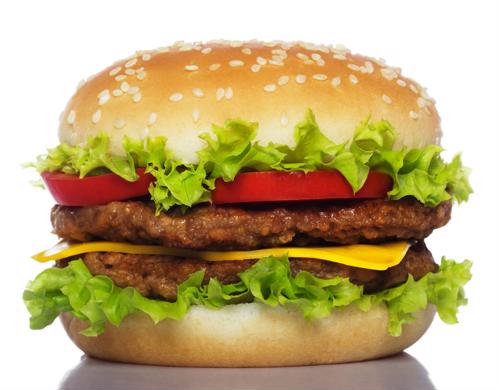 In the past few years, it may feel as though the visibility of vegetarian and vegan dining options has exploded, largely due to the popularity of plant-based meat substitutes like Beyond and Impossible brands, among others. As one might imagine, the rollout for such products, which are often on the cutting edge of food science, isn't always easy, and necessitates that the companies behind them invest heavily in a reliable supply chain.

Beyond Meat, for instance, recently announced that it would have to triple the amount of pea protein sourcing it does today to meet ever-growing demand, according to Supply Chain Dive. That decision followed the company's new deals with fast food giants like Subway, Kentucky Fried Chicken and McDonald's, which put its meat substitute products in thousands of locations nationwide, resulting in a year-over-year revenue increase of 250% in the third quarter alone.

To help manage this transition to being a major producer of these next-gen meat substitutes, and with an eye toward expansion to Europe and Asia in 2020, the company brought a new chief operating officer aboard in the third quarter, and says it will try to rely on local sourcing for its products wherever possible, the Supply Chain Dive reported. One analysis of the meat substitute market found that it could see sales of as much as $140 billion over the next 10 years.

"We are not beholden to some cost tied to a traditional industry or to [an] entrenched supply chain," Beyond CEO Ethan Brown said on the company's third-quarter earnings call, according to the site.

A rapid race
At the same time, the competitor Impossible Foods recently started selling its products in grocery stores throughout the U.S., in addition to the roughly 17,000 restaurants that now serve them, according to CNBC. While Impossible has generally found that its supply chain was scalable, the biggest challenge in all the ramping up was having enough people on hand to meet the incredible demand.

To help deal with the rapid pace of upscaling - hardly unique for companies in this sector right now - the company started rapidly hiring in its Oakland production plant, but first enlisted everyone from the C-suite to sales teams to lend a hand just pushing the product out the door, the report said. Many of the people the firm hired didn't necessarily have experience in the food industry, but were instead favored because they previously worked at tech companies and startups that experienced exponential growth, and could relate their experiences to those Impossible was going through.

New approaches needed
With companies needing significantly more plants and favoring options that are locally produced, experts say urban farming may be a key to getting the job done, according to Science Daily. University of Florida researcher Celina Gómez noted that scalable supply chains that provide better food options for such areas, and those around them, are certainly attainable, and would allow for improvements to local economies in addition to reducing food insecurity.

Certainly, these are all issues for companies in food science to consider as they scale up rapidly just to meet extant demand, let alone that they might encounter in the future.
Procurement News