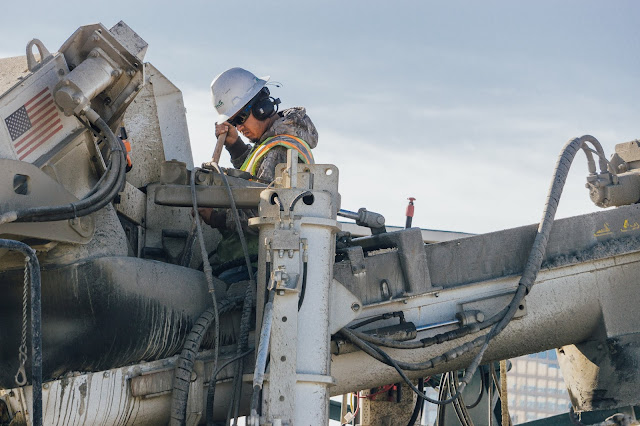 To say that today's Supply Chain professionals are at the brink of a technological revolution constitutes a mild understatement. More accurately, they're living in the (very) early stages of a revolution that's been underway for quite some time. Popularly known as the "Fourth Industrial Revolution" (or Industry 4.0), this evolutionary era is still largely theoretical. Though digital and physical technologies are already harnessing advanced data analytics and artificial intelligence to encourage more informed, strategic decision making across the supply chain, it's clear the potential of these technologies is mostly untapped.

That's not just a sign of unrealized technical ambition. Business leaders remain less than certain of their internal capabilities. This January's issue of the Deloitte Review reported that a paltry 14% of CXOs are "highly confident" in their organizations' capacity to leverage the changes brought on by Industry 4.0.

Their excitement and efforts, however, suggest that many companies are already effectively living in the Fourth Industrial Revolution. Though the full slate of expected changes have yet to occur, the Third Industrial Revolution - posited as recently 2013 -  seems almost like an afterthought. Supply Management's true leaders are already preemptively on to bigger and better things.

So, what changes is Supply Management hoping and preparing for? Before we gaze into the future, let's get into the Fourth of July spirit a little early with a look back at what the first three Industrial Revolutions meant for America's supply chains.

Industry 1.0
America's first industrial revolution began in earnest when mechanized textile production made its way from Great Britain to the colonies. Post-Revolutionary War, the spirit of invention and innovation that drove British advancements found itself written into the foundation of our new country. The very first Article of the Constitution introduced the idea of patents and encouraged Congress to "promote the progress of science and useful arts." Eli Whitney's 1794 patent for the Cotton Gin brought America its first major manufacturing boom while simultaneously helping sew the seeds for an eventual Civil War between the industrializing North and agrarian South.

Continued conflict with Great Britain compelled America to ramp up its manufacturing efforts in the early decades of the 19th century. The famous textile mills of Lowell and other New England cities were supported by a growing network of canals made navigable by new steam-powered shipping. Increasingly independent, the United States new systems for refinement and transportation set the stage for the new nation to dominate the next Industrial Revolution.

Industry 2.0
Beginning around 1870, the Second Industrial Revolution saw the emergence of high-volume steel and iron production, mechanized manufacturing, more expansive railroads, and the beginnings of electrification. Like the one before it, this era came about in Great Britain. It was the United States, however, that witnessed the greatest economic growth throughout the period's latter decades.

American's railroad mileage tripled between 1860 and 1880 and would do the same once again before 1920. This period also saw the rise of America's first billion-dollar corporation in United States Steel. Powered by efficiency-boosting methods like the Bessemer Process and batch manufacturing, America successfully re-branded itself as an industrial giant on the world stage.

Monumental as these changes were, America's most enduring and transformative contribution to the Second Industrial Revolution would come at the era's close. In 1913, the Ford Motor Company's moving assembly line began to churn out Model Ts. Reducing costs and cutting production time down to just 93 minutes, the technology quickly became the standard in automotive manufacturing.

Industry 3.0
This is where things get a little trickier. The vast majority of American organizations and supply chains are currently situated somewhere between the digital innovations of Industry 3.0 and the almost science fiction-like promise of the next Revolution. Essentra Manufacturing even describes the period as a distinctly transitional one. "Industry 3.0," they write, "is the bridge between Henry Ford's move towards greater productivity and the intelligent processes that we are now seeing arise under Industry 4.0."

Further complications arise from the fact that the concepts of  'Industry 3.0' and 'Industry 4.0' appear to have emerged almost simultaneously.  In 2012, The Economist described the ascendance of "clever software, novel materials, more dexterous robots . . . " as a "Third Industrial Revolution." Prior to this article's publication, the German government had already described their move toward advanced, computerized manufacturing as "Industry 4.0." Just 4 years later, that term would make an appearance at the World Economic Forum.

For our purposes, the Third Industrial Revolution refers to the electronic and digital innovations of the late-20th century. The rise of personal computing, increasingly advanced robotics, and more robust analytics have helped Supply Management professionals distinguish themselves as strategically valuable within their organizations. Thanks to the increased inter-connectivity of supply chain networks, managing relationships and assessing risks have become as important as securing a great price.

Throughout this period, it's become increasingly essential for Procurement and Supply Management to distinguish itself as a data-enabled, tech-savvy entity. New technologies have automated components of spend analysis, contract management, and the sourcing process. Eliminating many tactical processes from the Procurement professional's daily life, they've helped redefine what it means to excel in the function.

Check back in tomorrow when we'll take a Fourth of July look at the Fourth Industrial Revolution.
Humor Rants Observations, Machinery, Trending