Why all the Hype Around AI and Cognitive Procurement 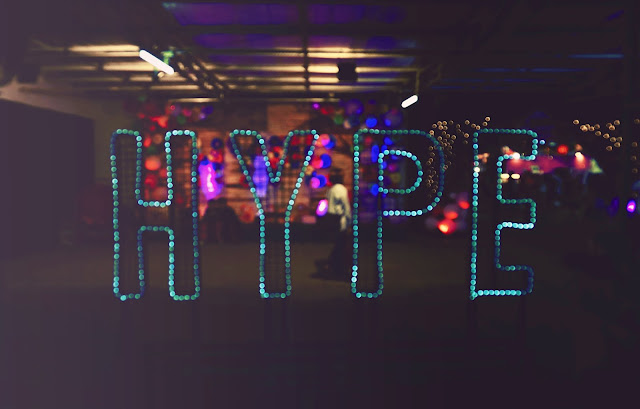 Cognitive procurement has been touted as one of the most disruptive practices of the future. However, some people would argue that their benefits are unsubstantiated as is the case in this thread over at Procurious. This is very true. The benefits are unsubstantiated if your evaluation criteria is that of a software solution that has wide-ranging implications across all of procurement. That is not to say that cognitive procurement does not have use good practical use cases. Just that the use cases exist in disparate states of development, often for specific functions, and have not been wrapped up into one single solution with lots of bells and whistles to make it useful for the average person.

Understanding what cognitive procurement and its value proposition

Artificial intelligence is not a new topic. It has been pretty well researched since the 1950s. Its evolution has gone from neural networks, to machine learning, to deep learning as of the writing of this paper. The reality is that we are very far from the human-like robots depicted in science fiction. AI is not particularly smart. That is not to say that it’s not highly useful.

One simple way to think cognitive procurement is the act of executing procurement utilizing an automated adaptive decision-making process for support. An overly simplistic representation is as follows:

Data is captured, processed, and manipulated. A ruleset is then applied to the data. Finally, either a computer or an individual uses an established metric in order to make a decision based upon that result. For ease of understanding, let’s consider the commonly used and easily interpreted machine learning method that is known as logistic regression. The result of running a logistic regression is a number between 0 and 1 and may effectively be interpreted as a probability. We decision based upon some pre-specified threshold – say a result greater than 70 percent. This process is typically updated after new information arrives. Therefore, with more data one is typically more able to appropriately decision. Again, it’s worth reiterating that this is an overly simplified view of the complexity and decision points involved in building a solution.

Why is it important?

AI is implemented via computers, so it can be run non-stop. There is simply no way that a human can process the volume of data that a computer can at the same levels of speed and efficiency. Most readers are probably familiar with the game based milestones achieved by Watson and AlphaGo. Just recently a new milestone was established – OpenAI beat humans at Dota 2. There is a really important component of this achievement that’s worth emphasizing:

OpenAI Five played the equivalent of 180 years of Dota 2 each day during the training process.


Given this level of simulation and analysis, think about how much more knowledgeable one could be making business decisions, going into negotiations, or executing some other business practice given the appropriate data and computing resources.

What is the current state of procurement?

Before driving into ongoing work that has an impact on procurement it’s worth it to align on the functions that exist within procurement.

A buyer is an individual that manages the purchasing process for good(s) or service(s) within a company. This function handles generating purchase orders with a pre-specified supplier base.

A category manager is responsible for strategic oversight and execution of procurement. They decide what commodities and/or services to buy in order to achieve organizational objectives while also implementing and enforcing protocol around these decisions. They manage the relationships between both vendors and internal stakeholders. It is common for a category manager to specialize in a specific area such as IT or Marketing.

It stands to reason that the function of a buyer is tactical while that of a category manager is strategic in nature. With the growth and adoption of technology some of the tactical work of the buyer is being automated. While in its infancy, it is through robotic process automation (RPA) we can automate repetitive actions. An example of this from the world of web development may be found here. In theory the increased reliance on automation therefore frees up time to focus on strategy – determining what the ruleset behind the tactical execution should be. However, with the deluge of data that comes with expanded computing power we are also increasingly the strategic demands of a category manager. Beyond simply ensuring that quality product is available, category managers are now having to increasingly manage against more esoteric organizational considerations like risk, innovation, and diversity.

Where is procurement headed?

It is better to have more information to make a decision than less. That is, generally speaking, all things being equal, knowing the price point of that 20 suppliers would be willing to give you for a particular product is better than knowing the price point for only 2. This is where big data and cognitive procurement shine. Similar to our Dota example above, if one acquires and manages against good data then they are able to process a large amount of it and generate insights from it in a short period of time because simply put we can run many computers in parallel and none of them need to sleep. In essence, the decisioning process for procurement and ultimately the supply chain can become near real-time. Alternatively, by leveraging artificial intelligence one might be able to incrementally and continually improve tactical processes such as RPA.

Data and the procurement function

Before concluding it would be worth it to mention a few practical examples of where cognitive procurement can have a clear impact. Consider for a moment the earlier claim that risk is increasingly becoming an important factor in procurement strategy. Examples of risk include but are not limited to weather risk, political strife, and supplier sentiment. It is possible to for an organization to hedge against each one of these risks by leveraging external data sources and tying them back to their existing supplier base. One well known example of this is measuring supplier resiliency through weather data. IBM purchasing the Weather Channel for this exact purpose. Political risk factors can be considered through news aggregators. Finally, a combination of social media, geographic, and historical data can be used to quantify risk levels associated with the possibility of your supplier possibly generating unwanted press coverage. Data that is highly correlated with the decisioning process, but perceived as unimportant and often not even recognized as relevant, is a valuable nugget that will ultimately create arbitrage opportunities for your organization. Want to know the current state of the national corn market? Consider using satellites images to detect crop health.