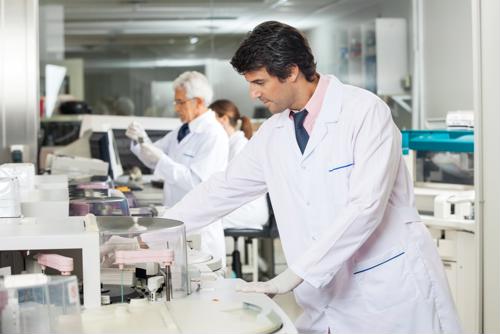 The medical device supply chain requires careful oversight and management. If implantable devices are not transported in a secure and timely manner, patients could end up suffering. Some of the same methods being considered for other kinds of logistics could make an impact in the health care field. From the internet of things to blockchain systems and beyond, the technologies in development today may literally save lives as they ensure medical devices reach their final destinations safely.

Considering the high stakes, it's unsurprising that some companies have taken it upon themselves to disrupt the medical device manufacturing and shipment sector. Whether these attempts succeed or fail, they are worth watching. Each potential development brings the industry a little closer to its inevitable future.

UPS debuts attempt at disruption
Healthcare Dive recently profiled UPS's new tool set specifically aimed at implantable medical device users and related companies. The parcel shipment company is interested in getting more deeply involved in health care, in general, and has been working on a network of stocking centers since 2015 which will comply with relevant regulations and help hospitals restock their implantable device reserves quickly and effectively.

The idea is that the 36 stock locations will be close enough for hospitals to rush-order the implants they need for surgeries within four hours. Whether enabling regular operations to go ahead smoothly or empowering doctors to get emergency procedures done quickly and efficiently, these warehousing solutions may change the way hospitals operate.

Of course, for the new logistics network to transform the way medical devices are used, hospitals will have to sign on to use it. According to Healthcare Dive, this has been the sticking point so far. UPS' David O'Leary noted the adoption rate for the project is not yet high enough to declare it a success. He believes the potential advantages will bring hospitals and manufacturers around to using the new system.

With inventory being stored at intermediary locations and ready for deployment in four hours, hospital inventory requirements could fall, as could the amount of emergency orders manufacturers have to fulfill themselves. UPS believes these potential advantages will win companies over and convince them to embrace the new system.


Where does technology fit in?
Considering the high profile of the medical supply chain, it's natural to look for use cases where the most hyped tech tools could make an impact. Today, that means blockchain ledgers. These distributed data tracking systems have become an inevitable point of discussion when looking into potential future deployments. Their touted benefits - tamper-proof and widely visible records - are potentially appealing for health device makers and users.

Frost & Sullivan researchers told Healthcare Informatics the future could bring a connection between blockchain tracking and the unique identification numbers given to medical devices. The fact that recent years have required manufacturers to include identifiers on their products for easy tracking shows the potential to employ blockchain ledgers. In cases such as emergency recalls, having a clear record of transactions and movements may prove life-saving.