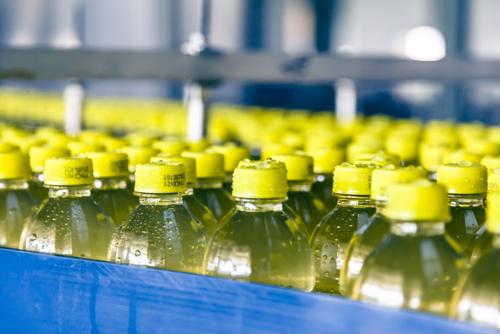 Supply chain breakdowns can happen to companies of all sizes. When they affect large organizations, the ripple effects are much more noticeable, with potentially millions of consumers inconvenienced. When these headlines come around, it's important for logistics leaders at all types of companies to study them carefully for lessons and key takeaways.

Major supply chain interruptions can be tracked back to their sources - maybe natural forces made a route impassable. Perhaps a change in trade relations caused a company to rethink its network of suppliers. Potentially, either regulatory action or an in-house investigation could reveal a problematic partner organization that must be removed or reformed.

It's also important for supply chain leaders to consider why the instigating incident led to a slowdown. Would more redundancy have helped? Should the company have foreseen the issue while performing risk mitigation? The recent U.K. interruption to Coca-Cola and other companies' supply lines gives a chance to run down these questions.

CO2 shortage hits UK
The BBC recently explained that there is a carbon dioxide shortage in Europe. With five CO2 producers shut down for maintenance, the U.K. has a single organization in operation. Companies such as Coca-Cola have had to halt temporarily, without access to the gas they need. Coca-Cola has worked to intelligently focus on production of high-need products to make sure all orders are filled.

The behind-the-scenes moves have been carried out in close contact with supply chain partners.
Uses for CO2 in food production go beyond putting the bubbles in soda. The BBC explained the equipment used to kill animals on industrial farms is powered by CO2. Beyond edible products, medical suppliers could soon be concerned, as certain health care procedures call for CO2.

The food and beverage industry as a whole is grappling with what to do without sufficient CO2, and according to the BBC's report, the effects on other companies could be more drastic than what Coca-Cola has had to contend with. The Food and Drink Federation issued a warning that production from the farm level could suffer, and the British Poultry Council warned three-fifths of poultry processors could have to pause soon.

Breaking down the breakdown
Gasworld, cited by the BBC as the first industry news source to pick up on the CO2 crisis, traced the roots of the disruption. The problem goes back to market forces in the ammonia sector. Ammonia plants are the main avenue for CO2 production. The current low cost of ammonia, especially when coupled with high prices of natural gas, a critical ingredient, has encouraged these companies to take more downtime for maintenance than usual.

Yet another factor has made this slowdown especially problematic for soft-drink companies. There is currently a wave of hot weather sweeping Europe, and customers are buying sodas at a brisk pace. The companies responsible for making these drinks, Coca-Cola among them, are being forced to slow or stop their production of beverages when they would rather be picking up the pace. It's clear the CO2 crisis has been caused and exacerbated by a number of factors all reaching critical mass at once.
Procurement News