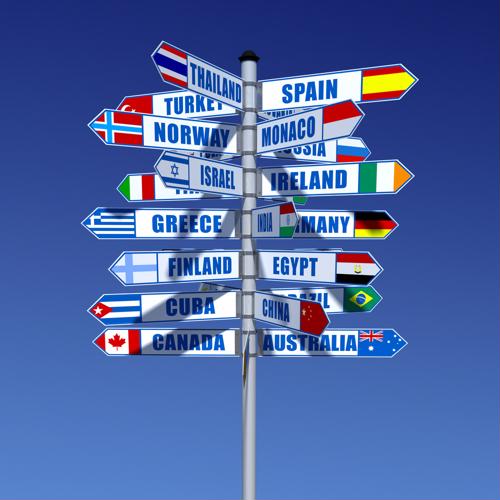 The many factors that affect supply chain negotiations include such earth-shaking and unpredictable forces as natural disasters, climate change, the march of technological progress - and politics. Recent years have seen companies forced to deal with changing geopolitical conditions in a relatively short time, finding their existing agreements suddenly outdated. Considering how best to control and react to these shifting tides is an essential part of working in a modern procurement department.

The following are two different scenarios, one in its early stages and another underway for over a year now. The common thread between them is their potentially great effect on the passage of commodities around the world and the prices demanded for those goods. How effectively companies plan for these eventualities may determine their competitiveness.

The Trump tariffs
Are large import tariffs about to go into place for steel and aluminum sold to U.S. companies? Will Congress let this happen? Will the actions be narrow in focus or all-encompassing? These are a few of the questions Spend Matters recently took on, reacting to President Donald Trump's decision to charge a 25 percent tariff on steel imports and 10 percent on aluminum.

The site noted that some commodities specialists have begun to run the scenarios based on whether the proposal is formalized in a law. As for whether the tariffs will be good or bad, the reaction differs. Typically, companies that produce steel and aluminum are for the idea, and those that use large amounts of the commodities are opposed. International voices are mostly unhappy, the source added.
Companies' ability to react quickly to the finalized decision may determine the immediate fate of industries that use these metals. Which manufacturers are best equipped to deal with changes in price? Do firms have alternative suppliers in mind, or are they locked into their present relationships? Periods of uncertainty may favor companies equipped to pivot.

Brexit negotiations
What will the U.K.'s trade relationship with Europe look like when it has exited the European Union? Supply Management recently relayed Brexit-based procurement advice from Fusion 21 Director of Business Services Mark Chadwick. He acknowledged the basic unknowability of the future prices of important commodities, and therefore recommended that supply leaders spend these early days performing preliminary research that will prove valuable in the years ahead.
For instance, companies can determine the relationships between their suppliers and the general market forces driving them. Discovering pressures and price impacts now, and becoming knowledgeable about facts such as the materials needed for various finished items may help organizations thrive in the constant upheaval of the Brexit process. Organizations that do their homework may find they have a favorable negotiating position when compared to firms that don't study.
Be politically aware
Sourcing departments that stay abreast of relevant decisions around the world have an advantage over firms that let themselves be surprised. The global nature of the economy means this knowledge should span the globe. No matter how geographically far a new political reality may be, companies may find their procurement environments drastically changed.
Procurement News