Competition on the Rise! 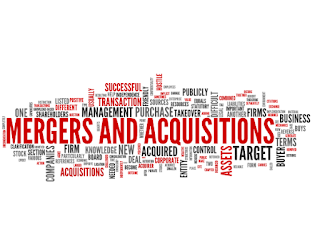 Competition exists everywhere across many verticals and commodities for consumers and businesses, from simple products and services to complex technologies and processes. The depth of what opponents will do to gain a leg up in the market is incredible and can have major impacts on its customers.

Let’s for example, consider the potential forthcoming bidding war between Comcast and the Walt Disney Co. as they compete for Great Britain’s Internet and Pay-TV provider, Sky. Comcast is not only looking to outbid Disney but may force Disney to revisit its overall strategy to acquire 21st Century Fox by bidding on Fox and Sky separately versus looking at them as a holistic venture. For Comcast, who can sometimes be considered the rebellious kid on the block, this does not only broaden their portfolio offering on a global scale, but helps to compete with the more recent Pay-TV subscription trend occurring in the US and already predominant internationally. Not to mention Comcast probably holding a grudge for not being considered when looking to purchase some of Fox’s assets.

Many consumers have started a shift in how they purchase and view TV services in considering small channel bundles or alternate sources like Amazon and Netflix, compared to the traditional Basic, Enhanced, or Premium cable bundles. This forces Comcast and its competitors to look at altering their approach in the market or engaging in mergers and acquisitions to maintain and increase their customer base. What does this mean for end users? How can this help or hurt customer experiences and their pockets?

I think about what my customers experienced in the office supply arena after the Staples/Corporate Express and Office Depot/Office Max mergers where Staples essentially became and still is the “Office Supply” leader in the market. On a positive note, the mergers allowed for a more comprehensive selection of services and solutions to be integrated as well as an opportunity to use a single supplier across more locations. For consumers, there can be more options to accommodate individual interests and negate the necessity to purchase more services than needed.

However, while fighting their own battles, providers are spending lots of $’s not only in the purchase of new companies but marketing themselves which can result in passing through hefty price increases until revenues return and hopefully grow. Like the situation with Staples, as a provider continues to buy up the competition, they can essentially become a monopoly of a specific offering allowing them rack up the rates, deny services in specific locations, or simply terminate an offering. The expectation is that regulators would not let this occur but who is to say. That itself could be a long drawn out process while customers are paying higher prices with no resolution in sight. In addition, any negotiation leverage potential is out the door and you are basically at the mercy of the provider.

My recommendation would be to stay tuned in to what is going on in the market, find ways to maintain leverage with your suppliers, but also keep an open mind as to what these new ventures might have to offer in improving your business operations and ease your management of suppliers and services.

I leave you by saying stay tuned as we look at to see what happens with Sky, and, Time Warner’s consideration of selling Warner Brothers and DC pending the outcome of the AT&T merger...
Communications, Trending