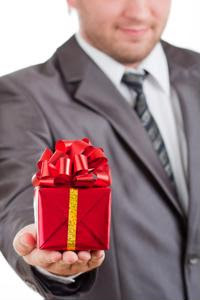 Domestic manufacturing grew at its fastest pace in more than two years in its post-recession recovery as retail spending continues to improve, according to Bloomberg.

The Institution for Supply Management reported the Purchasing Managers Index (PMI) expanded to 57.3 percentage points in November compared to 56.4 the previous month. Not only does November's PMI surpass economist expectations, it's the highest reading this year. With its growth stabilizing after fluctuating for the first half of the year, the manufacturing sector has displayed consistent growth since its low of 49 in May.

The majority of the industries said business is picking up or indicated a positive outlook going into 2014, according to the ISM report for November.

Despite certain commodities experiencing price increases - such as steel and wood - there were no supply shortages.

Out of all the measurements of manufacturing activity recorded by ISM, the employment index grew the most in November, increasing 3.3 to 56.5 compared to October. For the sixth straight month, new orders - an indicator of future production - grew 3 percentage points in November to expand to 63.6. Out of the 12 industries experiencing growth for new orders in November, the primary metals sector grew the most while wood products and nonmetallic mineral products manufacturers reported decreases.

"With the government shutdown over, with global growth picking up, we'll see solid growth in manufacturing," said Gus Faucher, senior economist at PNC Financial Services Group, according to Bloomberg. "Demand generally is picking up -- in Asia, in Europe -- so that's supporting manufacturing production in the United States."

Helping support this growth in U.S. manufacturing is domestic spending, which has increased to $91 per day in November, USA Today reported. With spending up from $88 in October, retail buying might also jump start manufacturing production as consumers begin shopping for the holidays. As the period accounting for the highest levels of consumer spending of the year, the holiday shopping season for 2013 is expected to draw more revenue for retailers.

"Spending in general in 2013 remains much stronger than had been during the long slump from 2009 to 2012 after the financial crisis, " Gallup said in a news release.

Gallup said December figures for consumer spending could reach a 5-year high if this trend of increased spending continues into the last month of the year.