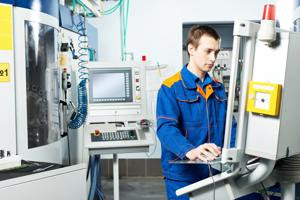 Manufacturing firms continue to benefit from nationwide economic recovery - but business cost reduction is still necessary for companies to thrive and remain competitive.

A recent Dow Jones poll revealed that economists estimate December's manufacturing growth has been generally consistent with the numbers from November, MarketWatch reported. On average, the experts projected an industry expansion rate of 56.7 percent during the final month of 2013. And while this figure, if correct, would represent a slight decrease from the previous month, optimism about the direction of manufacturing and the overall economy in the new year remains strong.

"As we get ready to close the books on 2013, we're not only hopeful but reasonably confident ... 2014 will be the year when the U.S. economy finally shifts into a higher gear," said Regions Financial Chief Economist Richard Moody, according to the news source.

The confidence expressed by Moody and other economists is playing itself out in actual companies' operations. The Seattle Times spotlighted the recent recovery experienced by D'Addario, a manufacturer of strings and other accessories for musical instruments. The company's co-president Rick Drumm told the news source that his firm was "about 85 percent back" to the levels of activity it enjoyed prior to 2008's economic downturn.

The recent growth has resulted in job creation - but it's also required D'Addario to adopt technologies that allow its employees to be more productive, the source reported. National Association of Manufacturers Chief Economist Chad Moutray suggested higher employee output would increasingly become a normative spend management practice in manufacturing.

"Because [workers] are so much more skilled and manufacturing is much more advanced than it used to be, it further serves to increase those productivity gains," remarked Moutray, according to The Seattle Times.

Moutray's comments suggest that even with the continued return to economic strength projected for 2014, it will remain necessary for manufacturers to carefully manage their operating costs.