Home Unlabelled Durable goods, sustainable transportation may be key to US economic growth in 2014

Durable goods, sustainable transportation may be key to US economic growth in 2014 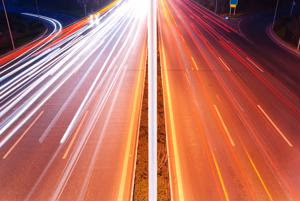 The past 12 months have seen steady growth for the United States and global economies, and the trend toward recovery is set to continue through 2014. In the United States, domestic manufacturing has been at the forefront of the positive economic growth. The success of companies in the sector may be related to their ability to adapt to the offshore manufacturing trend, which has helped them find new ways to make U.S.-based production a more effective business model. But as the industry bounds ahead next year, sustainability is sure to play an increasingly important role in the distribution supply chain.

Manufacturing ends the year on a high note

As December wound to a close, reports continued to look good for manufacturing growth. According to The Wall Street Journal, the Commerce Department recently announced that demand for U.S. durable goods rose by 3.5 percent in November in comparison with October. Products considered durable goods include cars and aircraft. Meanwhile, orders for manufactured goods other than transportation-related items rose by 1.2 percent overall.

"Stronger orders bode well for both the fourth quarter and 2014 economic growth prospects, suggesting that companies remain keen on increasing investment and expanding capacity as the economy and consumer sentiment improve," said Gennadiy Goldberg, a strategist at TD Securities, according to the news source.

Demand for sustainability, innovation in 2014

Of course, the kinds of improvements Goldberg predicted for manufacturing activity, investment potential and consumer confidence are exactly what companies want to hear as the new year approaches. However, taking advantage of the coming growth won't be a simple proposition for manufacturers. Rather, it will require them to be smart about their business plans, achieving a high level of operational excellence while also reducing costs and considering the sustainability of their supply chains.

Many of the products that fall under the category of durable goods are transportation-based - and while consumers seem to be more positive than in the past about purchasing cars and other automotive products, the transportation industry is undergoing dramatic changes.

In a post for the GreenBiz blog, environmental and business journalist Garrett Hering highlighted the movement toward sustainable transportation that took place in 2013 and the trends that accompanied the development. In addition to a surge in sales for electric-powered vehicles, the past year also saw an increase in peer-to-peer car sharing initiatives launched by startups like BuzzCar as well as major companies like SAP. Meanwhile, biofuel made inroads in aviation, and big data analytics allowed rail and motor companies to create more efficient logistics.

If the durable goods sector wants to continue its growth, it will need to emphasize sustainability.