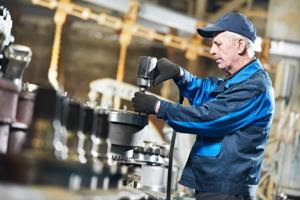 In mapping out strategic sourcing plans, one of the foremost issues that executives face is the level of risk to which they expose their companies when they establish supplier relationships. That worry, of course, is well-founded. In the manufacturing sector, a firm's ability to generate revenue is dependent to a considerable extent on procuring the resources and raw materials it needs to create and deliver its products to consumers.

The degree of risk associated with a supplier is determined by the monetary impact that would be caused by a temporary halt in the distribution chain. As such, it's easy to make the assumption that the partners to which a business pays the most money would cause the greatest amount of damage in the event of a disaster or other disruption.

New research, however, may cause supply chain executives to change the way they approach risk calculations.

According to Massachusetts Institute of Technology, Professor David Simchi-Levi recently performed quantitative analysis to determine whether or not a real correlation exists between the amount of money that a manufacturer spends with a supplier and the level of risk that partnership brings with it. His findings indicated that the widespread assumptions are wrong: Higher-spend supply chain relationships are not necessarily accompanied by greater losses in the event of disruptions.

Simchi-Levi analyzed the Ford Motor Company's distribution partnerships and found that the suppliers that provide the company with relatively low-cost components would cause the greatest drop in profits if the supply chain were halted. Reporting on the study, the Wall Street Journal gave the examples of valves and o-rings, which are relatively inexpensive to procure but for which Ford has fewer alternative options in terms of suppliers.

"This helps explain why risk in a complex supply network often remains hidden," Simchi-Levi said, according to MIT. "The risk occurs in unexpected locations and components of a manufacturer's supply network."

The primary takeaway from the research is that evaluating risk in the supply chain goes beyond assessing raw material costs. Developing an well-rounded risk management process is integral to effective sourcing practices.

"The ability to manage and respond to supply chain disruptions is becoming one of the critical success factors of executives," remarked Hau Lee, a professor at the Stanford University Graduate School of Business, according to MIT.

Because of how integral supplier relationships are to the success of firms in the manufacturing sector, business leaders simply can't afford to let these risks be improperly evaluated.