The Snooze Button and Workplace Productivity 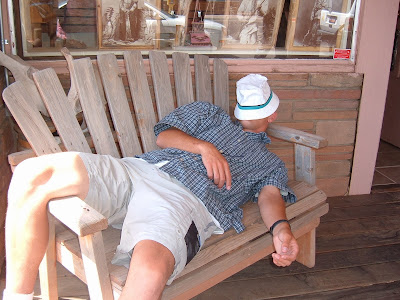 Have you ever heard of sleep inertia? How about social jetlag? Regardless of if you've heard of them or not, you've no doubt experienced the effects of both, at least according to this article from the New Yorker.

Sleep inertia, as it's termed in the article, is the rubber-banding gap between the time a person wakes up and the time their mental capacities -- memory, reaction time, basic math skills, and alertness -- return to normal. The person may feel normal, and may claim that they're up to speed, but a Harvard Medical School study showed that sleep inertia could take as long as four hours to dissipate even as the study's participants claimed to feel alert at the 40 minute mark.

Now quick - calculate what time you routinely wake up and what time you get to work? That difference is probably under four hours.

The article says that sleep inertia is heightened/lengthened in instances when the body is not fully ready to wake up. This isn't tied to "eight hours" or any other reason a person may have for not wanting to wake up -- when the article says "not ready to wake up", it's referring to the chemicals released in the brain stem that control sleep and waking up. The body physically is not ready to wake up. When jolted awake by the alarm clock, the person feels groggy but recovery of sleep inertia begins. When a person hits the snooze button, and drifts back to sleep, the body restarts the sleep process, only to be jolted out again.

According to the article, this repeated cycling of waking, then beginning sleep inertia recovery, then entering light sleep, then waking only intensifies and lengthens sleep inertia. Meaning the longer a person suffers from a decrease in mental capacity. In a numbers business like procurement, this can be a liability, or at the very least, a limiter of performance.

So how does the sleep state get so out of sync that, upon being jolted awake, it takes a person up to four hours to recover? Social jetlag, or the article's way of describing the time difference between when a person wakes up and when they naturally would have. The presence of artificial light and personal obligations (work, activities, hobbies, etc.) has increased people's social jetlag to periods over two hours. This figure is troubling, as the article states that every hour of social jetlag increases the risk for obesity by 33% among a slew of sleep-related health risks.

The final point of the article described a camping trip, where people were removed from artificial light and forced to rely on their own internal clocks -- their circadian rhythms -- to judge when to sleep and when to wake. Within one week, their artificially forced rhythms of sleeping from midnight to 8a reset to more closely resemble the sun setting and rising, and their sleep inertia had disappeared for the most part.

The takeaway: the closer a person's sleep schedule is to their natural circadian rhythm, the more mentally aware they are and the more productive they can be.

Time to throw away the time clocks and really test that flex-time policy?
HR