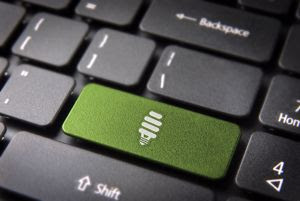 Accountability is one of the hallmarks of the contemporary business landscape. Increasingly, customers want to know whether the companies they support are in line with their personal values, and that means ethics and sustainability are often just as important as quality products. Apple's recent efforts to show consumers that it had demanded more ethical practices from its suppliers are a vivid example of this trend. With 95 percent of its overseas business partners now limiting employees' work weeks to 60 hours, according to the tech firm, Apple has proven its dedication to corporate responsibility.

Sustainable sourcing is essential in this consumer climate - but it's equally vital that firms foster trust with their customers. New research suggests that companies are becoming increasingly aware of the need to be transparent about their sustainable practices.

KPMG's 2013 Survey of Corporate Responsibility Reporting recently revealed that 76 percent of companies based in the Americas publish corporate responsibility (CR) reports. Among European firms, that figure stands at 73 percent. Asia Pacific was the area that saw the most dramatic increase in CR reporting, with 71 percent of companies in the region now releasing information on their sustainability and related practices, up from 49 percent in 2011.

Silence is no longer an option

In light of how predominant sustainability reporting has become, firms that aren't transparent about the environmental responsibility of their corporate practices risk falling behind. Among leading enterprises, openness in regards to this issue is even more widespread. KPMG found that 93 percent of the 250 largest corporations in the world have adopted CR reporting.

John Hickox, KPMG's head of climate change and sustainability for the Americas, told Sustainable Business News that companies should publish CR reports even in cases where regulations don't require them.

"Companies that do not publish these reports need to ask themselves whether it benefits them to keep swimming against the tide," said Hickox, according to the news source.

Of course, not all firms have the internal resources to conduct the research necessary to compile CR reports on their own. As such, auditing services are becoming an increasingly important tool for companies. Not only do third-party audits take some of the burden off the company, they can also be more compelling to consumers, as they suggest greater impartiality. According to the KPMG report, 59 percent of the world's 250 largest companies take advantage of external audits when conducting CR research.

Given the prevalence of sustainability reporting, green procurement and logistics may quickly need to become an integral part of companies' business models.