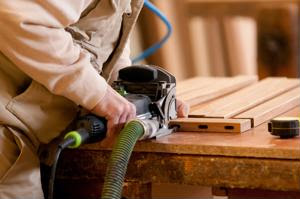 The manufacturing sector's return to health appears to be gaining speed more than five years since the onset of the Great Recession. A growing number of states across the country have seen improved levels of manufacturing activity. The South, in particular, has been a center of growth in recent months.

Manufacturers' News recently released the 2014 Tennessee Manufacturer's Register, which revealed that more than 4,000 manufacturing jobs had been created in The Volunteer State between September 2012 and September 2013. This represents a 1 percent increase, which is consistent with the previous year's growth and outpaces the national average for manufacturing job creation.

"The state's business-friendly environment and educated workforce combined with its ideal location for the shipment of goods has been a draw for a variety of businesses, particularly those in the transportation-equipment sector," remarked Tennessee Manufacturers News President Tom Dubin.

As such, much of the growth of the state's manufacturing sector has been driven by the auto industry, with Volkswagen, Nissan and several tire manufacturers planning to bolster their Tennessee-based operations, the report said.

Artisan manufacturing and the problem of scale

Not all firms enjoy the extensive resources of large automotive and transportation companies. Small business manufacturing needs to assess its own strengths and challenges in order to capitalize on the increased activity.

For some companies, the takeaway from the recession has been that maintaining smaller operations is key to managing costs. In a column for Forbes, Bruce Upbin recently spotlighted the growing trend of artisanal manufacturing in the United States. He suggested that by scaling back and producing products that emphasize customer value over quantity, manufacturers stand to regain the qualities that made America a leader in the sector during the 1950s.

One of the advantages of smaller, more closely scaled operations is that they allow companies to make more careful decisions about their manufacturing practices. Sustainable sourcing, for instance, is much easier to do at scale. Upbin noted that the food and beverage sector is one of the leading industries in this regard.

"Producers all over the country are providing their communities with wholesome foods, grown and raised by farmers who support workers, the land and customers in equal measure," Upbin wrote.

The example of the food sector is of universal relevance. In a business climate where sustainability has become increasingly important, scaling down can help make strategic sourcing for localized production more possible.