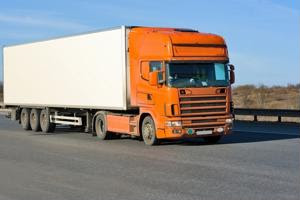 In an age in which sustainable sourcing is top-of-mind for businesses across a wide range of sectors, many firms are reevaluating their transportation practices in an effort to reduce costs and minimize environmental impact. This concern is particularly vital for companies in the consumer products market, as their business models are based in large part on the ability to ship great volumes of goods to customers with as much speed and as little disruption as possible.

Despite the wave of new thinking, older methods of transporting goods are still preferred by most companies. New statistics from the United States Census Bureau showed that trucking outpaced all other single-mode forms of transportation in 2012. Last year, trucks accounted for 73.7 percent of all freight shipped by value. They also made up the vast majority of tonnage, as 70 percent of all shipments by weight were carried via trucks.

Rail shipments, on the other hand, accounted for only 3.3 percent of freight by value, though 15.8 percent of tonnage was handled by trains, according to the report.

Bob Costello, chief economist for the American Trucking Associations, suggested that the statistics reflect not simply the predominance of trucking, but the increasing flexibility that companies and their suppliers have in choosing the right modes of transport.

"While feasible under certain conditions, the potential for rail intermodal to gain a significant amount of truck market share is limited. Now more than ever, the two modes are more likely to complement each other than compete for business," Costello remarked.

Evaluating for sustainability in light of growth

Costello's comments are a reminder that having a broad set of options for freight sourcing is a positive thing. Companies that value green logistics can't simply choose one transportation method based on limited criteria.

The need to manage supply chains proactively for sustainability and business cost reduction becomes more pressing in light of continued signs of an economic upturn. According to a study by the Institute for Supply Management, capital expenditures are set to increase by 8 percent in the overall manufacturing industry next year, in comparison with the 4.6 percent growth projected for non-manufacturing sectors.

In times of increased activity, there is a risk for companies to put aside sustainability in favor of cashing in on the growth - but that plan can't be effective for the long term.