Brands and Agencies--Paying to Play?

Unknown on Thursday, December 12, 2013
In a perfect world, brands and marketing suppliers work together to offer solutions with the understanding that these parties are of equal influence. With new trends of marketing suppliers paying sign-on bonuses and offering rebates, however, the power of the client has become something that suppliers have to pay for the privilege of working with—throwing off any concept of a team dynamic. 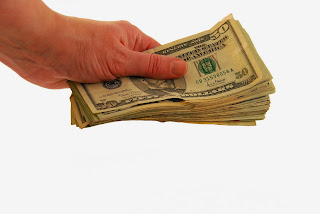 There have been multiple cases where this has happened recently. In the case of the pharma giant, GlaxoSmithKline, the company requested suppliers to agree to a rebate system for work already begun. Also, GSK plans to provide “sign-on bonuses” for preferred suppliers only. This way, the company believes they are able to increase the majority of business with key suppliers.

Along the same lines, Premier Foods asked suppliers for “investment payments”, which would decide which suppliers remained “strategic suppliers” in the future. As indicated by the Marketing Week article, “Is the story of brand and agency partnerships just fiction?”, Premier denied any favoritism of suppliers based on how easily they opened their wallets. However, with their “investment” payments, agencies do not receive any equity in the brand, so there is not much else to assume other than buying into the strategic supplier category being accomplished from these investments.

In a situation that occurred this week, property developer Gentoo Group implemented a charge for marketing, advertising and design suppliers “submitting themselves for consideration.” The charge of £100 ($137.52) is said to cover the costs of preparing the documents of the transaction. This charge also conveniently puts off smaller agencies. Interestingly enough, the Gentoo Group Head of Communications commented on the Marketing Week article acknowledging that the charge is unreasonable and unfitting with the company’s standards. Since this realization, the company has removed the charge and is reassessing their policies further. While emphasizing their support of small business, the Gentoo representative also mentioned that they have changed a great deal of their internal systems to help smaller agencies contract with the company.

The increased usage of these types of fees offers a unique perspective, as it presents a situation that grows further from a true partnership between brands and agencies with each emerging cost. The large agencies that are capable of handling these costs most likely are not going to be the ground breakers in changing these issues. It is the smaller suppliers who aren’t afraid to experiment and seek changes that can potentially lead to industry-wide changes.