Home Nearshoring Trending Tariffs: Will you Shoot the Messenger or Send a Message of Your Own?

Tariffs: Will you Shoot the Messenger or Send a Message of Your Own? 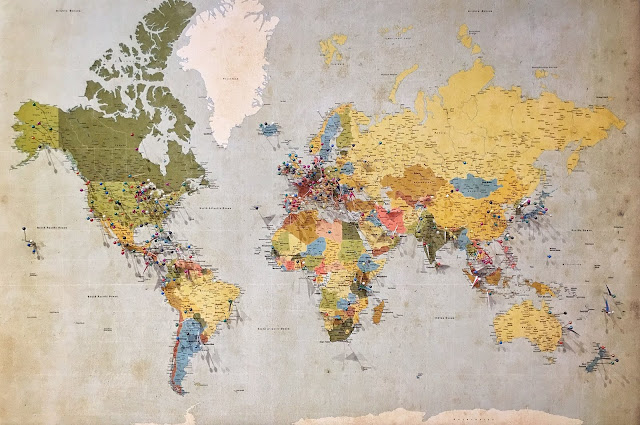 Around the globe, the ongoing trade war between the United States and China has business leaders asking the same pair of questions, "How will tariffs affect us and what can we do about it?"

If your organization is just now asking these questions for the first time, then it's very, very late to the game. So late, in fact, that it probably already knows the answer. The cost of doing business and producing goods has increased. By now, consumers are starting to observe these price increases themselves. Organizations who can't or won't take action are now observing the consequences of a  disappointed consumer base. They're losing market share and - before too long - they could lose their business altogether. Worse still, organizations with flagging market share have only just begun to see the results of new legislation.

That doesn't mean they should give up hope. Admitting defeat is as foolish as waiting around for the situation to correct itself. Organizations and industry commentators alike can afford to learn this lesson. Rather than devising response plans, far too many are using this situation as an excuse to air grievances. In politically polarized times, they've got countless excuses for their lack of preparedness.

Are their gripes unfounded? No, but they're certainly unproductive. As tempting as it is to join the crowd in shooting the messenger, it's time for truly excellent Supply Chain Managers to set themselves apart by sending a message of their own. They know that failure to take action will mean lost market share. Taking action, on the other hand, presents a world of unknown possibility.

Supply Chain Management is all about agility, innovation, and quick thinking. The escalating series of tariffs provides ample opportunity for forward-thinking organizations to display all three. As they adapt to new circumstances they can write a new narrative for their organization. Rather than simply stating, "here are my specifications" they can begin to think bigger and ask, "how can I improve upon these specifications and establish a culture of adaptation and evolution?"

Business leaders have known for some time that the costs of doing in business in China were beginning to outweigh the benefits. That's why the last decade has seen more and more organizations nearshore their operations to Mexico and other locations. Though the nearshoring trend has steadily gained steam, many organizations have neglected to take part because the issues associated with Chinese supply chain operations had not yet affected them.

With patent infringements, quality control concerns, and inflated transit times, issues have piled up. For the short-sighted, however, they've long looked like someone else's problem. Now, with Trump's tariffs in play, the perils of doing establishing supply chains across the globe are inescapable. They present both a burden and an opportunity for all global organizations.

The nearshoring process is perhaps more attractive - more imperative even - than it's ever been. Writing for Forbes, Andria Cheng reports that apparel companies are particularly eager to relocate. She writes that a majority of global apparel sourcing professionals "strongly believe" they'll nearshore operations by 2025. Cheng quotes from numerous sources, but one sentiment is common among them. Conversations around relocation began long before President Trump took office. Tariffs, these executives suggest, have only accelerated them. While they represent an unexpected 'last straw,' business leaders were certainly anticipating a 'last straw' of some sort.

Nearly half of Americans oppose the new tariffs making headlines every day. More than 140 associations have joined the fight against them. One small group, however, must feel some measure of gratitude. Anyone who has struggled in vain to build the business case for a nearshoring initiative has found a new trump card.

Surely every Procurement professional longs for a more predictable, stable global market. The events of the last year, however, should remind even the most unflappably optimistic professionals that stability is never a guarantee. Frankly, it's more reminder than anyone should have needed.

If your organization has found itself blindsided by new regulations, it's time to create systems to ensure you aren't blindsided again. You may have missed years worth of writing on the wall, but it's not too late to take action. Your organizations should look to enter new markets with the same enthusiasm that citizens carry into voting booths on Election Day.

It'll take time, and it'll occasionally look fruitless, but the right strategic action will guide your organization into a stronger, more stable future. However surprising the world around us grows, you'll enjoy the comfort of an optimized and adaptable approach to Supply Chain Management.
Nearshoring, Trending