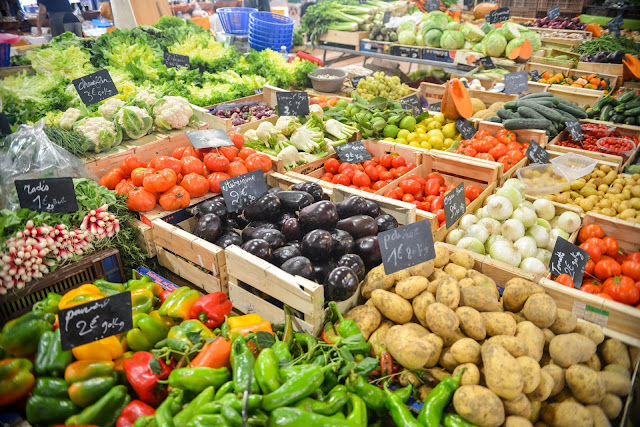 To your average grocery shopper, it certainly looks that way. With product recalls affecting everything from romaine lettuce to sugary cereal, it's been a decidedly unappetizing summer. So, are instances of food contamination on the rise? The answer, according to The Chicago Tribune, is complicated.

Global food supply chains have grown considerably more complex in recent decades. What was once a simple path from local farm to kitchen table is now complicated and "rife with opportunities for contamination." Processors, packagers, distributors, and grocery stores all introduce new risk factors and amplify the possibility for an outbreak. While the years have introduced new risks, they've also seen government agencies embrace new and better technology for identifying, containing, and reporting on outbreaks. These improved capabilities, the CDC, USDA, and FDA suggest, are at the root of this summer's countless nauseating headlines.

Not all outbreaks are as deadly as the recent romaine lettuce episode, but they all take a toll on consumer confidence and leave the affected organizations on the defensive. In an industry that's already contending with ultra-thin margins, contamination can lead to disarray across the entire supply chain. The Tribune reports that experts at the CDC currently employ a "genome sequencing" tool to create a kind of fingerprint for food. Once a contamination occurs, they can use this fingerprint to "link illnesses to one another and try to determine the source of the outbreak." These tools, however, cannot yet track contamination to its origin.

Nestle hopes that partnering with IBM will help them do just that. This month, the Swiss Food & Beverage giant joined nine other large companies, including Walmart and Tyson Foods, in IBM's Food Trust network. Powered by IBM's blockchain technology, the group is described as a "network of growers, processors, wholesalers, distributors, manufacturers, retailers, and others enhancing visibility and accountability in each step of the food supply."

While blockchain technology is most often discussed in relation to cryptocurrency, it's implications for food supply chains are significant. The Food Trust's member organizations can electronically store a secure digital ledger and track all data related to their products' harvesting, processing, packaging, and shipping. With access to a shared system of records, these partners and rivals can collaborate to develop more transparent operations, make food safety a less costly concern, and ultimately protect American consumers.  Since its inception, the Food Trust has processed over 350,000 data transactions and reduced the lead time for traceback testing from a week to just over two seconds.

A number of Food Trust members have already leveraged IBM's solution for portions of their supply chain. Nestle, for example, has experimented with the traceability of Libby canned pumpkin. The results were promising. Speaking to the Wall Street Journal, Chris Tyas, Nestle's Global Head of Supply Chain, said, "tracking a single-ingredient food from a limited number of U.S. growers is relatively simple." The company is now engaged in a more far more ambitious blockchain project.

The organization is currently testing whether food-tracking blockchain technology can provide insights into the fruits and vegetables used in Gerber baby foods. Tracking multiple ingredients from multiple countries of origin, the project has already presented its fair share of challenges. "We have multiple data sets from all the different ingredients," Tyas says, but that's just the beginning. The organization has also found that migrating data onto a shared ledger and "dealing with the mix of paper and electronic data in different formats" has necessitated some heavy lifting.

There's a lot of hard work to come, but this collaboration between high-powered rivals suggests a safer future for grocery shoppers everywhere. "We wanted a product in which trust meant something," Tyas says. As a member of Food Trust, his organization could soon reach that lofty goal.