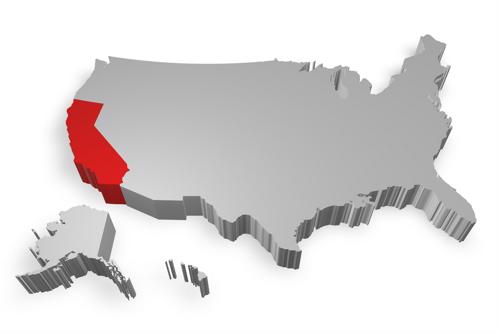 The grocery distribution supply chain took a major hit with the announcement from health officials that all romaine lettuce should be thrown out due to concerns over E.coli contamination. Although the government hasn't given the all clear sign just yet, the supply chain is on the cusp of normalizing now that experts have a pretty good idea of where the tainted lettuce originated.
In separate statements, the Centers for Disease Control and Prevention as well as the Federal Drug Administration announced that they believe the more than three dozen people stricken ill ate romaine lettuce grown in the central coastal region of California. This means that so long as Americans know that their leafy greens came from somewhere other than the Golden State, there's no harm in eating romaine lettuce.

"The O157:H7 strain was detected in at 12 least states."
43 people sickened by E.coli
This latest development comes approximately a week removed from when the CDC and FDA issued memoranda that advised families - as well as grocers and restaurateurs - to dispose of the Caesar salad staple after at least 43 people were affected by E.coli. This bacterium, which is potentially lethal, usually derives from farm animals and can impact the food supply through cross contamination. Classic symptoms of E.coli - which has various strains - include bloody stools, diarrhea, gastric bloating and stomach cramping. Health officials said the O157:H7 strain was detected in at 12 least states. Epidemiologic evidence from Canada and the U.S. indicate romaine lettuce is the source.
Prior to Nov. 20, however, health officials didn't know where the tainted lettuce originated. FDA Commissioner Scott Gottlieb said the answers started to fall into place while families around the country gathered for the fourth Thursday in November festivities.
"Over the Thanksgiving holiday, the FDA continued to investigate the outbreak," Gottlieb explained. "Our investigation at this point suggests that romaine lettuce associated with the outbreak comes from areas of California that grow romaine lettuce over the summer months, and that the outbreak appears to be related to 'end of season' romaine lettuce harvested from these areas.  The involved areas include the Central Coast growing regions of central and northern California."
Romaine takes longer to harvest
Although romaine lettuce isn't a typical component of the traditional Thanksgiving feast, health officials' Nov. 20 advisory sent shockwaves throughout the retail supply chain, not to mention that of growers. This lettuce variety takes longer to harvest than others, so farmers may have more invested in its sales performance than iceberg or butterhead given the time and space required for the crop to bear fruit.
It's unclear just how much romaine lettuce was thrown away, but the CDC and FDA are putting together a plan that may prevent something similar from happening in the future. Moving forward, likely to start in 2019, romaine lettuce products will be labeled with more specificity, so buyers not only know what state their produce was grown in but what harvest region.
"It may take some time before these labels are available," the CDC advised in a statement. "If the romaine lettuce is not labeled with a harvest growing region, do not buy, serve, sell, or eat it."
To maintain an uninterrupted supply chain, restaurateurs should check the labels on the romaine lettuce they receive from suppliers. If they don't see these descriptions, don't hesitate to ask, the CDC counseled. Romaine lettuce sold in whole heads, hearts, bags, boxes, precut and salad mixes are included in this advisory statement.
Procurement News