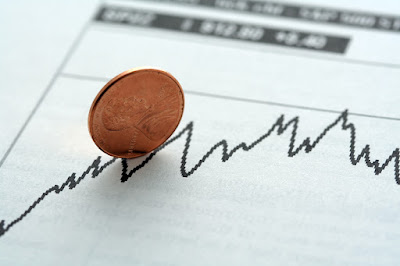 Tail spend can be a big pain in the, well, tail. There’s a lot of it, not much is known about most of it, and that high volume of nominal transactions makes wrangling these dollars difficult. Many Procurement pros question how much of an opportunity there really is in addressing it.

I ended my last post on the subject with the question, “is it worth it?” The most I could offer was a resounding maybe depending on your overarching goals and the criticality of the other initiatives you have on your plate. That said, I did give you all a week to think on it and a few benefits and risks  to chew on while you pondered.

For some, now may not be the right time, and that’s fine. However, if you’ve decided to take a deeper dive into tail spend management or just want to know how to do so before committing, then read on. I’ve outlined five steps we’ll need to cover as we move towards a well-managed tail.

Step One: Conduct a Spend Analysis
It’s the curse of a hammer to see every problem as a nail. I spend enough time in the world of spend analysis and opportunity assessment that it is usually a go-to recommendation when tackling a procurement problem. Be that as it may, a proper spend analysis really is critical to managing tail spend.

Spend data quality will be poor here – significantly worse off than core spend items. There will be little to no consolidation among business units, so data collection won’t be a one-stop shop. Supplier names will be a mess, with a dozen ways to misspell any given word. In fact, call it a baker’s dozen and consider this example from a client’s Einstein Bro’s spend:


Keep in mind, our goal isn’t to dig into those 210 transactions. All we want to do is cleanse those names and aggregate our consolidated annual spend to arrive at out $4,300 spend mark so we can ask the question, “is this spend relevant to us?” In this case, maybe not.

This same client spends millions with Grainger on industrial supplies as a second example. Home Depot, not so much. Tens of thousands, maybe a hundred thousand a year. Same with Lowes and Menards and… Hmm. Nearly 100 other tail spend suppliers. Grainger makes up about 10% of total industrial supplies spend alone. While these suppliers are tiny individually, they total around 5% of the spend category when combined – all with offerings similar to Grainger.

Let’s ask the same question – is this tail worth looking into? This time, I’d say yes – we’ll talk more about this in step three.

Step Two: Prepare Internally
After our spend analysis is completed, we will likely see a few points along our tail where we could make an impact. There will likely be many more points that look tempting but fall outside of our areas of expertise, so we don’t know how well we can qualify them.

Given the small size and (up until now) relative obscurity of tail spend, Procurement likely won’t have a wealth of category subject matter expertise. We’ll need to seek out such SMEs from relevant departments and business units. Be forewarned – these spend owners and stakeholders hold the same views of tail spend that we held previously. Odds are good they’re not going to readily invest their own time and resources into chasing spend they don’t see as valuable. Luckily, we have the evidence we need in our spend analysis to show them the value.

Share your analysis with these stakeholders as well as upper management. Get the team on board to champion this cause. Brainstorm ways to bring this spend into the light and under management. The subject matter experts may bring ideas of their own to the table. Otherwise, steps three and four may both provide some inspiration.

Step Three: Integrate into Core Spend where Possible
Supplier consolidation strategies bring tail spend into the fold naturally. We discussed the relationship between Grainger and Home Depot spend earlier and should expand on that example. Now that we’ve classified our tail in step one, try to align these smaller suppliers with our marquee partnerships. Is there enough aggregated spend among them to move the negotiations needle with bigger suppliers? One easy way to tell is by referencing any tiered discount or rebate structures built into our agreements if we have them. If consolidating our tail brings us to the next tier threshold, then we’ve identified a good opportunity.

Minimally, we’re likely going to earn some unit cost savings as well as tiered discount dollars in addition to any free shipping or other concessions by migrating to our Grainger deal. Even better, we can leverage this additional spend to negotiate better deals with Grainger moving ahead – better terms, better discounts.

Ideally, however, our first option shouldn’t be to simply consolidate to our incumbent. We’ve found a great carrot by bringing more spend to them, but what about an equally great stick? Now is the perfect time to go to market. Identify competitors in the market and issue an RFP or RFQ using a new and improve market basket containing the spend from our tail. Now we have a carrot and stick: Incumbents can renegotiate our agreement to earn more of our business – or lose it all to a hungry competitor.

Step Four: Reduce Transaction Costs Everywhere Else
At the end of the day, suppliers stuck in the tail that are purchased from regularly cause a specific headache: Left unattended, they can start to cost more in terms of handling than they are worth from a product cost perspective. As such, the name of the game is to minimize the resource impact associated with these suppliers as much as possible.

Not all tail spend will naturally roll up to one of our larger suppliers as discussed in step three. That doesn’t mean consolidation isn’t beneficial. Even if we didn’t have our aforementioned Grainger deal, consolidation leads to fewer suppliers and therefore less time spent among organizational resources.

Other strategies help in a similar fashion. We should look for ways to automate and streamline ordering, and start to standardize products being purchased. Make ordering these products as fast and easy as possible to reduce the amount of time and operational cost of making these purchases.

Step Five: Monitor Results
If we’ve followed the four steps above, we now have a clear view of our tail spend and used it as leverage to improve our core supplier relationships or, short of that, at least minimized the impact of the tail suppliers in terms of costs associated with maintaining them. Great!

But we aren’t done yet.

We need to ensure that buyers don’t fall back into bad habits. First, we need to establish proper SOP around orders to get them in the right habits. Buyers probably weren’t intentionally going to Home Depot and maliciously forsaking our Grainger deal – they likely went to Home Depot because doing so was easier. Understand their reasons, and work to build a plan to make such ad-hoc trips unnecessary.

Then, we need to monitor spend to ensure spend doesn’t end up sliding back into the tail. If employees are making Home Depot purchases on company cards, monitor card usage. If needed, tweak rules around maximum spend amounts that can be made on a card without seeking authorization or completing a PO.

Tail Spend in Review
Make no mistake, these steps take work. As you can see, we’re front-loading a lot of resource allocation to solve our tail spend problem. Considering how small a lot of this spend looks, it may seem like a bad investment.

However, these five steps are an effective way to manage tail spend and reduce costs that Procurement may not even have noticed before. Before disregarding this opportunity, perform some due diligence – Get a good view of your tail first and foremost, and judge for yourself how much of an impact tackling it can have.