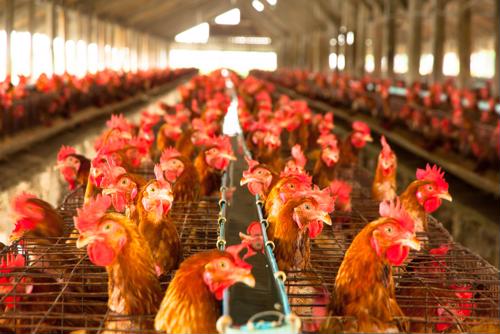 The importance of resiliency in the food service supply chain is an idea that often exists in the industry's background, until those moments when it is suddenly thrust into stark relief. The problems with contaminated ingredients at U.S. Chipotle locations a few years ago were one such event. KFC restaurants in the U.K. have recently experienced another: Due to supply chain blockages, the restaurant chain has run out of its signature protein - chicken.

Chicken restaurants without chicken
As CNN reported, KFC changed logistics providers responsible for deliveries to its restaurants, leaving Bidvest for DHL. The switch has been far from smooth, with delays in delivery popping up. Rather than source its ingredients from other providers, KFC was forced to shutter some of its U.K. restaurants. The corporation took to Twitter to announce that a variety of steps are being taken across the network of 900 eateries in the region. Some are not offering the full menu, while others have temporarily shut their doors.

The effect on staff members may vary from one location to the next due to the franchise-owned nature of 95 percent of KFC's U.K. restaurants. The official corporate policy is to keep paying employees as though their locations were open, with franchisees encouraged to take this same approach. CNN noted that the disruption is especially notable for where it occurred: The British Isles make up the No. 1 European market for KFC.
Today's corporate blunders are often magnified by customers' ability to sound off on social media. The KFC disruption is no different, with CNN pointing out that Twitter users have pointed out their bemusement that a chicken restaurant has somehow found itself unable to acquire any chicken. KFC and DHL have faith the disruption will be short-lived, chalking up the lack of chicken deliveries to
"teething problems" with the new corporate relationship.


Food supply matters go worldwide
Transporting ingredients and finished food products from Point A to Point B has become a more complicated process in general over the past few years, highlighting points of vulnerability in supply chains. The Food Protection and Defense Institute's Erin Mann, writing for Food Safety Tech, described a few of the issues facing stakeholders over the next few years as they attempt to feed discerning customers without ending up suffering disruptions.

Mann noted that there are points of the food supply chain that tend to lack visibility and data access. Ingredients such as spices can end up traveling around the globe before they get to a consumer, and it's difficult for the companies further down the pathway to trace every step the ingredients take. This leads to troublesome scenarios in which it's hard to tell whether suppliers are safe or reliable.
Food suppliers must also ensure they aren't relying too much on any one geographic route to get key ingredients. As Mann pointed out, a single natural disaster could end up preventing firms from delivering their items to consumers unless the supply chain is adequately resilient. These logistical matters, along with food-specific concerns such as freshness and cultivation methods, will keep food industry procurement leaders busy over the next few years.
Procurement News