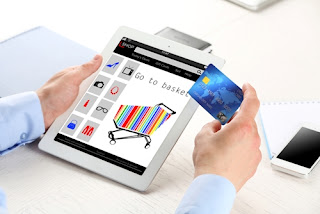 Changing supply methods can help a company redefine itself for a new market, or better match what consumers have come to expect. Reuters reported on Wal-Mart's strategy to consolidate its buying practices and make it easier to purchase all of its products at once for more efficiency.
The new mode will use one of Wal-Mart's buying teams for goods both meant for in-store and online purchases. By trying to manage items for both of these spaces, the company wants to mature in two sectors simultaneously, in a way that could be easy for customers to understand and efficient for suppliers behind the scenes.
A combined change
According to this report, the shift is intended to further blur the lines between in-store and e-commerce as Wal-Mart tries to bridge the gap between the two spheres. Reuters spoke to an unnamed "large consumer goods supplier" which told the source about the problems in the previous system.

"The shift is intended to further blur the lines between in-store and e-commerce."
"The way it operated until now was extremely inefficient for us and them," this company said. "For example, they would buy 5 million cases a year for stores and 500 cases (for) online and then make us go through a different buyer for online. It was a nuisance."
All retail operations should perhaps note this new approach, as it indicates a dual strategy for handling the twin channels of online and in-store purchases.
Since the strategy also seeks to make the product offerings in both settings match, companies that want to follow suit may have to use new spend management options to make the best use of resources.
E-commerce set to expand
In a forecast for the current year, the National Retail Federation recently announced improved sales for the sector as a whole, but especially online. The latter channel could end up growing as much as 12 percent compared to 2016, whereas the highest estimate for in-store sales growth is 4.2 percent.
The lowest forecast for in-sales purchases would mean a .1 percent decrease from the 3.8 percent rate seen in 2016. While that number was up from the previous year, an overview of changes since 2008 has shown some ups and downs since 2013. However, every year since 2008 has seen some level of growth, the source said, except for 2009, when these sales dropped by 3.6 percent.
The changing world of retail
For retailers, acknowledging both growth rates could be the important task going forward. The physical store may still exert some influence over the customer experience, which means the system for handling supply needs to enforce strong relationships no matter where the sales are ultimately going to take place.
Digital technology is expanding its reach, enabling retailers to host online experiences within their stores as visitors enter. One way to keep costs low is to prioritize spend management for indirect costs that pose a drain on the company's resources as it tries to expand on a global level. The sourcing technology needs to be ready to address the needs of every individual entity involved.
Procurement News