3 challenges for autonomous supply chains to overcome in 2017 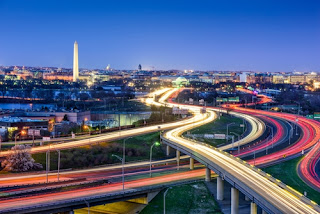 The development of autonomous vehicles, including those which could run in the supply chain, has been gradual, and will probably see slow results in the marketplace rather than occurring all at once. However, new attention to this issue means that 2017 could see companies and the government alike step up their efforts to embrace this technology.

For businesses with supply chain success on the mind, here are some of the factors that remain important this year:

1: Meshing human and AI drivers on the same road

The estimated safety benefits of autonomous vehicles may take effect as the technology spreads, but what about the time until then? Hosting both human and AI-driven cars at once poses possible risks, as the Governors Highway Safety Association recently said.

According to this organization, states should take their time and remain "flexible" in approaching legislation involving autonomous car use. While ten states have continuing automated vehicle testing going on, two states, Tennessee and Massachusetts were said to have this technology "coming soon."

The organization also predicted that autonomous vehicles will make up between 40 and 60 percent of all vehicles on the road in the 2050's, making it the common "standard" for buyers. Compared to that, the 2020's are only expected to see this technology available as "high price premiums" to a maximum of 2 percent of the vehicle population.

2: More companies getting into the same space

There's little doubt that Amazon is setting the industry standard to follow when it comes to logistics technology and supply as a service. According to the MIT Technology Review, another well-known brand, FedEx, is working on modernizing for the future, using self-driving trucks as just one of the tools in its future arsenal.

Even if the actual adoption is some time in the future, the fact that more businesses are exploring this could indicate a growing market for new stakeholders to take part in.

3: Consistency
Finally, one large issue for automated vehicles is the need to keep performance consistent between different autos, industries and locations. Farm and Dairy recently spoke to University of Wisconsin-Madison Traffic Operations and Safety Laboratory Program Manager Peter Lafferty about the national effort to coordinate these vehicles and what it means for Wisconsin in particular.

"There are still a lot of questions of safety and human interaction and plenty of technological challenges that need addressing," he said. "The Department of Transportation wants to make sure the lessons learned in that work are being shared, and being involved in this network means Wisconsin has access to that knowledge and an opportunity to contribute."

That is clearly just a microcosm of the larger push to address multiple stakeholders at once. The overall goal is improving supply chains, so managed IT services could be the answer for supporting more connected work.
Procurement News