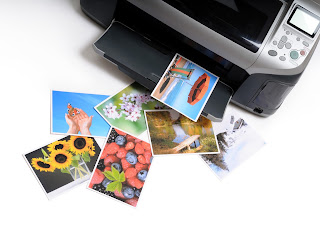 When we last left the Office Depot – Staples merger saga, the deal was approved by the European Union and smaller competitor Essendant agreed to a deal to purchase $550 Million in wholesale contracts from Office Depot and Staples in order to keep competition alive within the business to business sphere.  The plot thickens this week as U.S. District Judge Emmet Sullivan knocked the Federal Trade Commission (FTC) for encouraging key witness Prentis Wilson to falsify his testimony.

Prentis Wilson is the Vice President of Amazon.com, a controversial entity throughout the case of this merger.  While the transcripts of the testimony were released to the public on March 24th, much of the document is redacted.  If I were to speculate the nature of the statements, I would assume it is surrounding customers that currently purchase office and breakroom supplies from the online giant.  Throughout the case, Staples and Office Depot have insisted that competition would not be eliminated upon completion of the merger because giants such as Amazon.com also operate as office supply retail outlets.  The FTC’s stance is that they are not a direct competitor, as Amazon typically sells directly to the consumer, not to businesses.  If Amazon can produce testimony that they are indeed strictly a business to consumer market, the FTC’s case against the merger strengthens.  The FTC is denying the claims made by Wilson, however that did not stop share prices for both Office Depot and Staples from rising after the announcement.

The Amazon.com argument made by Staples is not the first stretch of proof that has been scrutinized by the FTC and antitrust agencies when it comes to the mergers of giants.  As the Rite Aid and Walgreen merger approaches close, the FTC is already rumored to order Walgreens to spinoff 1,000 of the company’s stores, fearing a reduction in competition should too many continue to operate.  The combined store volume of the two companies will exceed competitor and current largest pharmacy retailer CVS.  The argument being presented by Walgreens is that the existing competition far exceeds just CVS.  Walmart, Giant, Jewel-Osco, and other large grocery chains all offer in-store pharmacies, meaning that their share of the market is much less than perceived.  As such, Walgreens expects the deal to close as early as June of this year.  The supply chain risk associated with this deal opposes the risk with the Staples – Office Depot merger.  Upon closing, Walgreens will have full authority over the Rite Aid brand.  This could be bad news for Rite Aid suppliers of both direct and indirect materials as they could be pushed out to optimize spending.  Diametrically, the Walgreens suppliers may experience a boost in business.

The corporations do not always come out ahead in these monopolistic seeming merger attempts.  Back in 2014, Comcast Corporation’s attempt to acquire Time Warner Cable was withdrawn after it was reported that the U.S. Department of Justice was planning to file an antitrust lawsuit against the cable giant. The fear of content ownership and rising cable prices was criticized not only by the FTC, but also from streaming services such as Netflix and Hulu.

Competition in the cable sphere may not be protected for long, however.  After the deal disintegrated, Charter Communications announced plans to acquire Time Warner Cable, and the merger is backed by Netflix who negotiated their own perks within the agreement.  The deal may in fact increase the competition for cable providers as Charter will now have to compete in new areas rather than operate primarily where they are the only cable provider.  It also makes them the second largest provider of cable behind Comcast, putting pressure on Comcast to increase performance.   There is concern that the affiliation with Netflix may push Netflix further ahead in the online streaming market, and may hinder the performance of competitors HBO Go and Hulu.


Regardless of the strict scrutiny set forth by the FTC and antitrust groups, the mergers and acquisitions hit a record volume in 2015 and do not appear to be slowing.  There is a thin line between a merger benefiting the customer or it destroying all sense of competition.  Office Depot and Staples are still cause for concern as concrete proof of competition is still up in the air, however Walgreens and Rite Aid puts pressure on CVS to strive to continue to be a top performer.  How these upcoming mergers handle aligning synergies will be interesting to follow.  Opening up new stores and hiring employees can be expensive, but closing plans and layoffs are expensive too.

Source One's Office Supplies category management experts will be at ISM2016, where Source One is the exclusive sponsor of the Exec IN forum. Want to save on registration costs to attend this landmark event? Learn more over at SourceOneInc.Com.