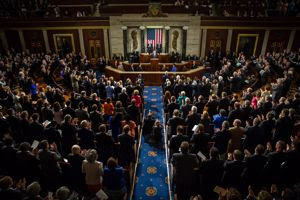 Lowering the barriers of global trade has been a major area of concern in the United States, specifically with how the Trans-Pacific Partnership passing could impact the job market in America. This free-trade deal is the biggest treaty of its kind to date. It aims to improve strategic sourcing opportunities and create a more flexible and robust model for businesses. But as this year's presidential campaigns progress, it seems the pact is facing increased scrutiny that could indicate it won't receive a stamp of approval from the U.S.

Bob Davis recently reported in The Wall Street Journal that many candidates are questioning who would actually benefit from looser trade restrictions, with many arguing that it would result in fewer jobs and lower wages throughout the country. Front-runners of both the Democratic and Republican Parties, Hillary Clinton and Donald Trump, respectively, have taken anti-free-trade positions, as well as Democrat Bernie Sanders and Republican Ted Cruz.

Political campaigns threaten TPP
And while most are strongly against opening the global market, their opposition has not always been so clear. Clinton, for example, supported the deal when she was Secretary of State and, when her husband was president in 1994, he signed the North American Free Trade Agreement.

Some argue that candidates are using anti-free trade positions as a tool to gain support from voters. Taking this stance, Doug Palmer explained in an article for Politico, is "helping to propel the populist candidacies of both Sanders and GOP front-runner Donald Trump and threatening congressional approval of [the Trans-Pacific deal]." He also added that these campaigns have "effectively weaponized free trade."

The rise of opposition has been most noted among Democratic voters. Both Davis and Palmer touched on the idea that it's possible these positions taken against trade agreements are fueled more by disagreement with President Barack Obama's negotiations and administration than the trade policies themselves. Either way, with both parties growing increasingly wary of such deals and Congress not certain to pass the TPP, it could create a lot of economic uncertainty. And, considering the long-term effects that could impact the U.S. economy and limit the sourcing opportunities available to businesses, it is important to evaluate the reasoning behind the candidates' resentment for the trade agreement.

Effects an open economy has on employment rates
The loudest argument against the deal has been that outsourcing production and manufacturing operations to lower-cost regions creates fewer jobs for American workers. How valid is this claim, though? According to economist Ed Doran, there are a handful of ways in which candidates such as Trump and Sanders' objections are weak. For example, he pointed out that research has shown employment is more heavily influenced by demographic factors than economic ones and that most of the argument that trade with China has resulted in 800,000 jobs being cut is untrue. There is no solid evidence that employment has been negatively impacted by trade agreements and that, in reality, "What standard economic theory does predict is that trade can affect the structure of employment." More important is where trade takes place and what is traded because "Countries export things in which they have a comparative advantage and import things in which their trading partners have the advantage."

It is clear that with no presidential candidate strongly fighting for the TPP deal, it likely won't be taking effect in the U.S. However, free-trade advocates may not have too much to worry about in the long run. Palmer noted that even former when former presidents took an anti-trade position in their campaigns, these stances often ended up changing once they assumed office.