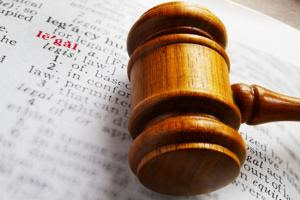 Retail companies across the globe have been facing mounting pressure to increase online market share and optimize supply chain strategies to better support the rising demand for omnichannel purchasing. Many have reported revenue loss attributed to inefficiencies in order fulfillment and inventory management.

Target Corporation has experienced a number of difficulties in these areas over the past year. Last year, it closed over 130 Canada-based stores and reported disappointing sales due, in large part, to implementing new supply chain management software that caused warehouse and distribution disruptions. It has since taken significant measures to reduce costs, streamline workflow production and enhance its overall business model. One of the moves was to onboard an experienced supply chain veteran.

Target hires former-Amazon leader
At the end of February, Target announced it was appointing Arthur Valdez as the retailer's new executive vice president, chief supply chain and logistics officer. At the time, the company released a statement saying that Valdez would head the planning, distribution and transportation operations of the organization. Target Executive Vice President and Chief Operating Officer John Mulligan said, "Arthur's leadership and experience will be a tremendous asset as we continue to drive improvements in end-to-end processes including leveraging our almost 1,800 stores to deliver a seamless experience for our guests."

And certainly the experience Mulligan referenced is extensive. Before being hired by Target, Valdez spent 16 years as a supply chain leader for Amazon Inc. Prior to that, he worked for other retail giants including Kmart and Wal-Mart. Valdez is set to assume his leadership role next week, on March 28, in Minnesota. But, if Amazon gets its way, this may not happen.

The e-commerce giant is apparently less than thrilled with Valdez taking his talents to a major competitor. GeekWire reported that, on Monday, Amazon filed a lawsuit with Seattle's King County Superior Court against Valdez, claiming his employment with Target violates a non-competition agreement. The lawsuit is being brought against Valdez, rather than Target Corporation. Amazon argued that it would be impossible for him to oversee supply chain operations at Target without compromising confidential insight he gained during his time of employment at Amazon. It also accused him of already releasing secret information during the interview process.

In its suit, Amazon said that, while working for Target, Valdez will be able to use proprietary information in a way that would put Amazon at a disadvantage and simultaneously benefit Target, with particular emphasis "in a core area of competition between the companies: the cost-effective and rapid movement of goods in the most efficient way possible for retail customers."

Amazon files lawsuit for alleged non-compete violation
The complaint went on to explain that, when Valdez decided to leave Amazon to work for Target, he said that his new job would not breach the non-competition agreement but failed to provide an accurate description of what his role responsibilities would entail. Furthermore, Amazon indicated that there are discrepancies in Target's press release that underline Valdez's experience working for Amazon would be directly leveraged to improve its own operations. Amazon has requested that the court enforce the 18-month "time out" set forth by non-compete clauses to prevent employees from working for competing organizations immediately after leaving a company.

In an email to GeekWire, Molly Snyder, a Target representative, said "We have taken significant precautions to ensure that any proprietary information remains confidential and we believe this suit is without merit. However, as this is pending litigation we are not going to comment further at this time."

According to the news report, Amazon implied it was forced to take legal action after Valdez and his attorney failed to respond to the company's direct attempts at communication.