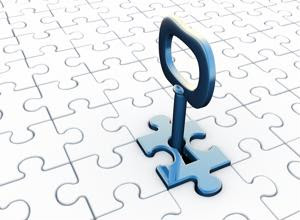 Over the past year, many major retail companies have had to navigate an increasingly competitive market, led in large part by Amazon Inc. Some struggled with making timely deliveries. Others were conflicted about how to handle omnichannel purchasing. Many tried to adjust or expand distribution centers. However, when it comes to leveraging industry expertise to advance market share, Target Corporation may be taking a step in the right direction.

The retailer announced this week that it has appointed Arthur Valdez as the organization's new executive vice president, chief of supply chain and logistics officer.

Leveraging industry intelligence
Valdez, who will be responsible for a wide range of functions, including planning, transportation and distribution processes, previously worked at Amazon for 16 years. His most recently held position was vice president of operations, in which he headed the growth of the business' supply chain operations. Valdez also has experience in the logistics and fulfillment sectors. Prior to his career with Amazon, he worked for other major retail brands including Kmart and Wal-Mart.

"While we've made significant progress in improving our operations, Target's growth hinges on our ability to enhance the fundamental aspects of our business, starting with the supply chain," Target Chief Operation Officer and Executive Vice President John Mulligan said in the statement. "Arthur's leadership and experience will be a tremendous asset as we continue to drive improvements in end-to-end processes including leveraging our almost 1,800 stores to deliver a seamless experience for our guests."

The company also said Valdez will assume his role in Minneapolis at the end of March.

Optimizing operations to support omnichannel
The Wall Street Journal reported that Target has faced difficulties adequately managing inventory in a way that best serves customers both online and in-store. Brian Cornell, the retailer's chief executive, told the news source the chain is trying to localize products and ship from the store, which has "added greater complexity." Put simply, the traditional distribution process is no longer a viable approach to fulfilling e-commerce orders.

According to the news source, major focus areas for Target moving forward will include improving delivery and pick-up times for orders, maintaining sufficient levels of inventory and localizing stores through customization techniques. For example, stocking Boston-based locations with Red Sox and Bruins clothing and offering extra-long bedsheets designed for dorm rooms at stores in close proximity to a university.