US decides to temporarily lift trade ban on ZTE Corp. 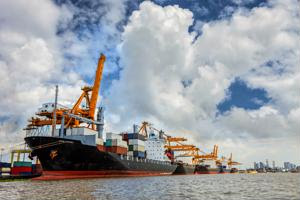 Earlier this month the United States Department of Commerce announced it was placing a trade restriction on China-based telecommunications supplier ZTE Corporation. The ban came after investigators learned that the company was violating a sanction previously enacted in the U.S. by "illicitly reexport[ing] controlled items to Iran" and acting "contrary to the national security or foreign policy interests of the United States."

This news was troubling to some because the ban may lead to supply chain disruptions for American companies as well as the Chinese manufacturer. How severely ZTE sales have been impacted by this event is still unclear. To The Wall Street Journal, ZTE indicated its 2015 earnings report would not be completed and released until it is able to conclude what the restrictions would mean for business operations.

Department of Commerce easing export restriction
At the time, U.S. officials explained that, although companies could apply for a trading license to do business with ZTE, approval was not likely.

However, this week the U.S. government revealed that it has decided to temporarily lift the trade ban in hopes of alleviating some of the controversy between the two regions, The Wall Street Journal reported.

"As part of the effort to resolve the matter, and based upon binding commitments that ZTE has made to the U.S. government, Commerce expects this week to be able to provide temporary relief from some licensing requirements," a government official stated, according to the source.

Furthermore, The Wall Street Journal added that this lift would only be allowed on a temporary basis and is  contingent upon ZTE complying with the U.S. government. Although the Commerce department didn't reveal too much information on the matter, the news source said that officials indicated more details would be available later in the week in the Federal Register.

Beijing disputes being on U.S. trade blacklist
When the trade sanction was first announced, some pointed out that it would add fuel to the already existing tension between the U.S. and China, specifically pertaining to technology sourcing and exporting. The Wall Street Journal also reported that Beijing has protested the sanction and requested to have ZTE taken off the blacklist that prevents U.S. firms from selling goods and equipment to Iran.

The telecom giant recently released a statement assuring its partners it has been cooperating with the U.S. and that it has been engaging in "constructive discussions" throughout the past couple of weeks and plans to continue communication with the departments and key stakeholders to ensure a resolution is reached.